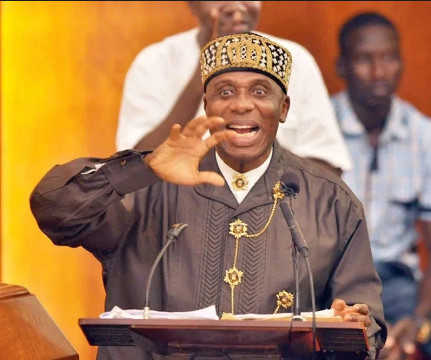 The Minister of Transportation, Rotimi Amaechi said on Wednesday that the Muhammadu Buhari administration has done so much in all aspects of the economy, beyond the transportation sector.

Amaechi said this in Abuja during an interactive session with the media on the ministry’s achievement.

He said the Buhari-led administration has achieved a lot in security, road, fight against corruption, agriculture and transportation. And he said Buhari is tackling killings associated with herdsmen.

Amaechi said Nigerians will enjoy 24 hours of power supply if President Muhammadu Buhari is given a second chance.

“There is an improvement in power. We have moved from 3000megawatt to 7000 but we are distributing 5000 because some of the Infrastructures are not in good state but we are slowly fixing them.

“The expectation is that it should be 24 hours power supply but there will still be a gap but if you give us a second term, that gap will be closed.

“In terms of corruption; this economy was a rent economy. Public money was spent anyhow and it was an economy that was not worked hard for. That is why you see politicians today very rich and one year after leaving government, they are poor.

“They are like that because they don’t know how to manage the money. When Buhari came, he said we could not continue to spend anyhow. Buhari has not said people should not steal.

“But when you steal, there is a consequence for stealing. I don’t want to say it has stopped completely but it has reduced. So if you say Buhari has not done anything on corruption, you are being most unfair.”

Amaechi said that in the next two to three years, government will get up to 30 percent capital, if we reduce the recurrent expenditure and deal with wastages.

“It is also unfair if Nigerians think the ministry of works is not working. The road to Bonny was abandoned after Obasanjo left government, the road was below N39bn but it is now N120bn that the Federal government wants to do it.

“So, Buhari government is dealing with corruption, building roads, the worst roads in Nigeria used to be between Uyo and Calabar but it has been awarded.

“The road to Enugu too that people are complaining about: contractors are working on the roads already. The work may be slow but they are working. Also the Ilorin-Jebba road has been awarded. (NAN)