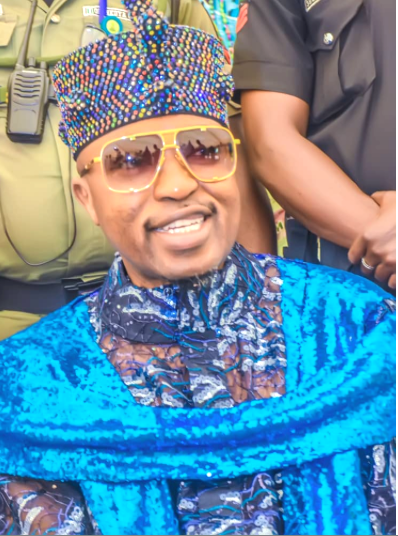 The Council of Obas in Osun State under the leadership of the Ooni of Ife, Oba Adeyeye Enitan Ogunwusi today suspended the Oluwo of Iwo, Oba Abdulrasheed Adewale Akanbi for misconduct.

At its meeting in Osogbo, the state capital on Friday, the Council said the conduct of the Iwo monarch since he became Oba does not portray the traditional institution well.

Oluwo said “Osun State Traditional Council has only recommended my suspension from the council meetings and activities for six months on the guise that my conduct (being too flashy, stylish, human rights defender and swagging)”.

Oba Adeyeye Enitan Ogunwusi who is the permanent chairman of the Council presided over the meeting which was attended by large number of traditional rulers in the state.

The Council of Obas at the meeting listened to Oba Akanbi and the Agbowu of Ogbaagbaa town, Oba Dhikrulahi Akinropo over the scuffle at a peace meeting in Osogbo last week.

In the meantime, aside from the last week’s scuffle, the Council resolved to suspend Oba Akanbi from its activities for conducting himself in a manner that was embarrassing to the traditional institution since he was installed as Oluwo.

However, Oluwo said the decision of the Council is subject to the approval of the state Governors, Mr Gboyega Oyetola and that he awaits the position of the Governor.

Drama As First Lady, Aisha Buhari Makes Unannounced Return. She Is Locked Out Of The Other Room (Video)

8 thoughts on “Royal mess: Confusion over suspension of Oluwo by Osun Council of Obas as Oba Akanbi debunks his suspension”