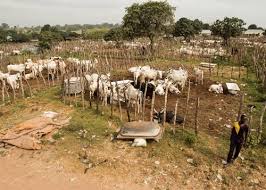 The proposed establishment of ranches all across the six geo political zones of the nation saw its loud rejection by the middle belt, south-south, south-east and south-west. The scheme was seen as a reincarnation of the 1804 conquest led by Usman Dan Fodio which established the Fulani hegemony in the former Hausa states. This time around, the conquest will include many more tribes and the Christian faith.

We recall the 1986 debates which the then Ibrahim Badamosi Babangida led regime threw to Nigerians whether or not to take the loan from the Bretton Woods Institutions – the International Monetary Fund and the International Bank for Reconstruction and Development a.k.a the World Bank. Most Nigerians were opposed to it and the tension was very high in the air especially from the academia and civil society. The ‘listening’ IBB led administration rejected it only to bring it through the back door in the form of a home grown clone of the Structural Adjustment Programme which the nation is still reeling its effects from more than three decades after its sinister implementation.

History repeats itself because the frail nature of man remembers its stories but never its lessons. The recent declaration of the Executive Secretary of the National Commission for Nomadic Education, Professor Bashir Usman on the 3rdof December at a three day capacity building seminar. According to Usman, seven states – Adamawa, Taraba, Benue, Kaduna, Plateau, Nasarawa and Zamfara – have been selected for the pilot of the “remodelling” programme which will eventually be carried out in the six geopolitical zones of the country. He said 141 out of 416 “grazing reserves” measuring about 3.4 million hectares have already been carved out, demarcated and gazetted. Usman also declared that these territories would be turned into “state-of-the-art” grazing reserves for livestock herders to end “farmers/herders conflicts” and also modernise livestock agriculture.

This is rather disturbing as there has been no official rebuttal from the President’s communication office. Nigerians rejected ruga and this ‘remodelling’ will also be roundly turned down by ever discerning Nigerians especially from the south and the emasculated middle belt.

We reject any form of oppression in whatever form and this so called remodeling policy is an anathema to liberty which the 1999 constitution jealously guards and protects.

The Fulanis are always armed with the agenda of ethnic and tribal domination. Let us do a critiquing of the 1804 Jihad or Holy war led by Usman Dan Fodio. The Hausa states were conquered and the Fulanis rather than impose their Fulfulde language smartly adopted the Hausa language – the tongue of their conquered brethren so as to give the impression that they were one. This accounts for the description of ‘Hausa-Fulani’ till today. The Emirate system which is in place in the north is headed by the minority Fulanis as a Tutsi-Hutu relationship where the minority rule exists till date between the Hausas and the Fulanis.

When Afonja, the General of the Old Oyo Empire was being defeated, he called on the Fulanis soldiers to help him capture Ilorin which was a prized jewel. The soldiers hearkened which led to its conquest. After the defeat, the Fulanis refused to return back home and an Emir – their creation still exists in Ilorin till date.

The southerners and the middle belters have a natural right to fear domination which will be in a brutal form by the Fulanis as history is their guide. An Igbo adage goes thus ‘You don’t learn how to be left handed in old age.’ Which aptly describes the average Fulani individual as their quest for subjugation runs deep in their veins.

The killings by the Fulani herdsmen may have been a well thought out and carefully hatched plot for the eventual ruga or its now more recent remodeling clone which will make the Koran get dipped in the sea apologies to the former Sardauna of Sokoto and erstwhile Premier of the Northern Region, Alhaji Sir Ahmadu Bello.

The remodeling scheme should only be carried out in places where their people want them so that they won’t be any further skirmishes as many lives have been lost these past few years. It will be extremely bloody to force a marriage between the Fulani settlers and the indigenes of communities where they want them to inhabit.

For a more peaceful coexistence in these perilous times, we make a loud call for the implementation of the National Livestock Transformation Plan which enables Nigerians to go into livestock farming in any part of the country based on their economic clout rather than seize people’s ancestral lands and hand them over to hostile strangers.

The polity is already heated up and there is no need in overheating it. President Buhari must clear the air on the recent remodeling revelation as his silence wouldn’t augur well for the nation in this time of fake news that could be harmful to Nigerians.

Over to you Mr. President!
Tony Ademiluyi writes from Lagos and edits www.africanbard.com

Fr Mbaka and his forced donations

119 thoughts on “RUGA Through The Back Door?”