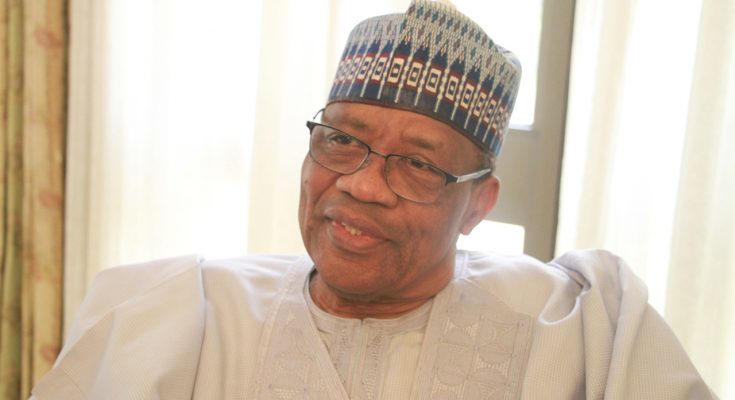 Contrary to the widespread rumour that former Military President,General Ibrahim Babangida is dead , it has been confirmed that he is alive, hail and hearty.

An online Media had published that the former President passed on Friday. Our Correspondent however, gathered that General Babangida is hail and hearty and still bubbling with life .

An impeccable source told our Correspondent that General Babangida along with his children, close friends and Associates broke fast together in his Hill top mansion Friday.

“It is normal that during fasting like this, all the Children of the former Military President normally come to Minna in and break fast with him.

Not only that, Babangida normally break his fast with many of his friends and other relatives but he has been doing so since this year’s fasting started including yesterday and as you know, the dead cannot break fast with the living and that is to tell you that the man IBB is still alive and not dead and still bubbling with life,”the source declared.

As at the time of going to Press, General Babangida is still said to be expecting some visitors which he is scheduled to meet around 10pm.

“This is to tell you that the man is still very healthy and a testimony that he will still live long,” the source added.

10 thoughts on “Rumoured Story Of Babangida (IBB) Is Not True. He Is Alive, Hail And Hearty”