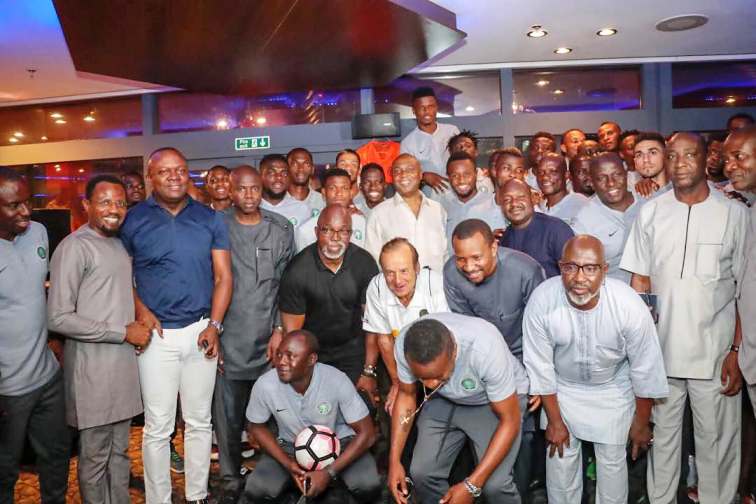 Super Eagles Coach, Gernot Rohr is confident that the Super Eagles will score plenty of goals in Russia.

The Team has not been scoring a lot of goals recently, but Rohr has assured that the goalscoring problem will be resolved before the start of the World Cup.

The Super Eagles have scored only two goals in their last three friendly matches but Rohr is not bothered by the return.

“I am not worried that the Super Eagles have not scored much in recent games because I know we have what it takes to score goals and I believe my players will score plenty of goals at the World Cup in Russia,” Rohr told Complete Sports.

“We are working very hard to get our attackers scoring goals again. It is not as if we can’t score goals, it is just that we were trying out new formations and trying out new players in different roles. “Now that we have pruned the team to a manageable size, it is time to perfect our strategy for the World Cup

“Nigerians should believe in this team to deliver at the World Cup. By the time we finished playing England and Czech Republic and go into our final camping for the World Cup, all the flaws will be corrected and we are ready to go.”

The Super Eagles are currently in London preparing for the friendly match against England on Saturday at the Wembley Stadium.