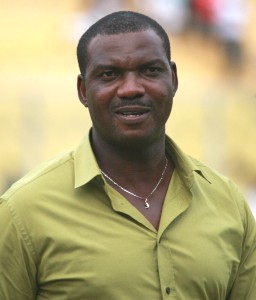 Former Super Eagles Coach, Augustine Eguavoen says Nigeria must beat Croatia in the opening group game at the 2018 FIFA World Cup in Russia to stand a chance of making it to the next round of the Mundial.

The Super Eagles will play Croatia at the Kaliningrad Stadium in the first match, before playing Iceland in the second match and rounding up the Group stage with a clash against Argentina but Eguavoen believes the match against The Blazers of Croatia is very important and the Super Eagles must win to make things easy for them in the subsequent matches

a�?The game against Croatia will no doubt be a crucial one for the Super Eagles in Russia. They need to win the game to make things easy for themselves in the competition,a�?

a�?Iceland are not as strong as Croatia and Argentina, but I strongly believe they wona��t be an easy opposition.

a�?Argentina, we know are one of the favourites to win the competition with a lot of top quality stars including Lionel Messi.

a�?The task before the team is a tough one, but if they can beat Croatia in the first game, then they have a big chance of advancing into the next round.a�?

Eguavoen had a stint with NPFL Club, Sunshine Stars in 2017 he left the Club before the end of last season, he is currently unattached.

Augustine Eguavoen made 49 appearances for Nigeria before retiring from International Football in 1998, he was part of the team that qualified for the 1994 FIFA World Cup, he also won the African Cup of Nations in the same year.

Cowboys’ problems bigger than no JT