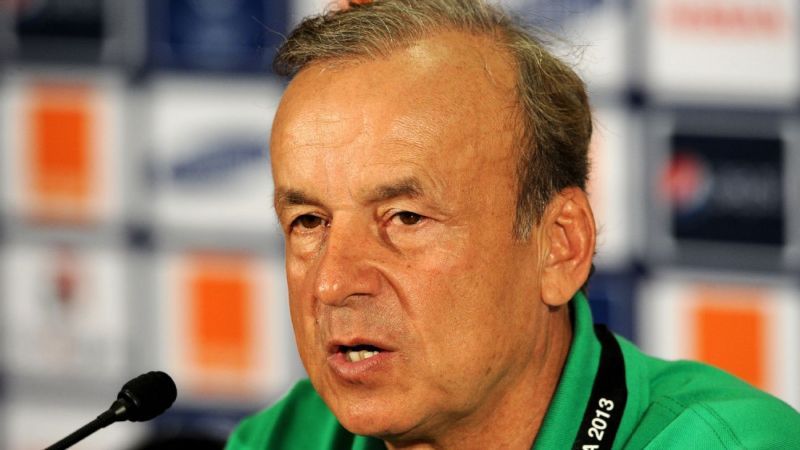 Super Eagles Coach Gernot Rohr has revealed that the team will work together as a unit to achieve success in Russia.

The German Tactician confirmed that he and his coaching staff are working to improve the team in all aspects of the game because the team does not have a lot of stars, Rohr believes with discipline and togetherness the team can live up to expectation

‘’In the team, we are working on improving all segments of the game, only if you have everything you need, you can succeed in today’s football.

‘’I said already, today I do not have a lot of stars, but we want to have a big team with a winning mentality, great discipline in the field and beyond, and a great deal of mutual solidarity and communion. This is the way to success.’’ The Super Eagles came from two goals down to beat Argentina 4-2 in Krasnodar last November before a hard-fought 1-0 win over Poland followed by a 2-0 loss to Serbia in London in March.

Rohr, who qualified the Super Eagles for the World Cup with two matches to spare said that the Friendly matches are just tune-up games and he does not read too much meaning into it

‘’Friendlies are completely different from the matches at the Mundial. Friendly games are like an experiment in the lab, while matches in the World Cup are realistic, real life,’’

Rohr explained to Sportske Novosti. ‘’I do not bother too much of the victories and defeats in the preparatory games, we are focused on building the best teams for the World Cup”.

Fifa Women's World Cup: Nigeria lose 1-0 to France, may still qualify as one of the 'best losers' '