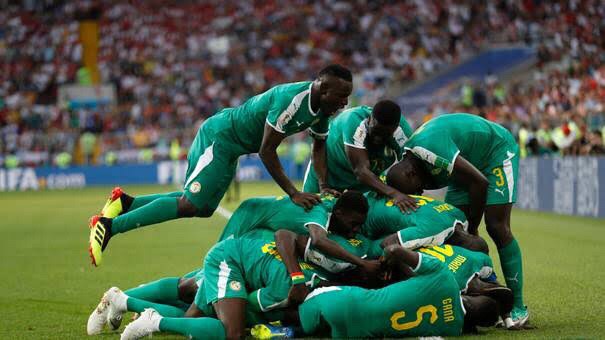 Senegal became the first African side to win a match on Tuesday at the ongoing FIFA World Cup in Russia.

It was a balanced tie between the two sides in the first half, as the two powerhouses offered stiff defending at the back and very few chances were created from either side.

The Lions of Teranga kept swapping the front four players in different positions inviting the Polish defence to assume nothing.

Sadio Mane found enough space to pass the ball to Gueye, who unleashed a shot from outside the box only to hit centre-back Thiago Cionek and embrace the net in Senegal’s first goal.

In second half Poland were awarded a free-kick at the edge of the box, yet Robert Lewandowski’s curling effort found the perfect save from 33-year-old Khadim N’Diaye.

Later on, a long back pass from Krychowiak was met by a flying M’Baye Niang before Jan Bednarek or Wojciech Szczesny could reach the ball, in a huge error from the defender and the goalkeeper as they gifted the Senegalese forward the second goal.