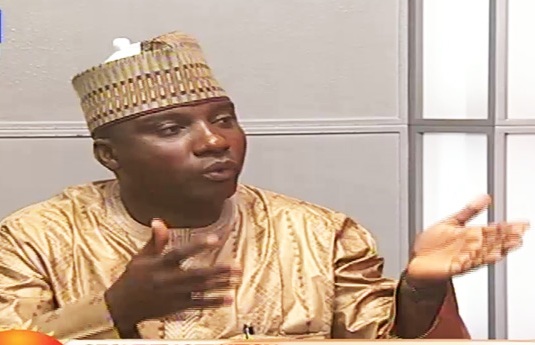 A source told The Nigerian Voice that Governor Shettima met with the SA Media , Malam Gusau at the Government House Maiduguri Friday evening prior to the 36 Speakers of House of Assembly Annual Conference being held in Maiduguri city for two days from Saturday to Sunday which Governor Kashim Shettima earlier yesterday declared open in the night during which the matter was finally laid to rest.

Immediately after the resolution of the matter, the Governor was reportedly said to have directed the SA Media , Malam Isa Gusau to draft speeches for the Governor as usual for different lined up programmes yesterday, for which Isa Gusau complied.

The source added the Special Adviser promised to fully resume his professional work and support to both the state chairman and the APC publicity machinery as he has done in the last five years, particularly now that the opposition PDP in Borno State is already fine tuning ways to accelerate propaganda network against the Governor, his administration and his party, the APC in the ongoing campaigns that precede February and March, 2019 general elections.

It will be recalled that the rift started some years back when the SA countered negative reports and articles against his boss including and the ruling party APC on behalf of the party chairman and publicity secretary. Misunderstanding brew up which seem to have maneuvered itself between the party Exco and the SA Media to the governor that permeated into internal clashes and conflicts between them and compelled the SA Media to tender resignation letter to the governor which the Governor declined to accept and opted for reconciliation between the warring parties and solicited for peace and continuity of cordial relationship among them.

However, Malam Isa Gusau was overheard telling some journalists who visited him after his meeting with Governor Shettima yesterday that “I try to work with some people. I am either in or out. I have nothing to gain if I sit back and watch the PDP use propaganda to incite electorates against either the Governor, the state government or the APC and its executives led by the state chairman.”

“Even if I say, let me work from behind to encourage the opposition to ruin the image of the party chairman, Ali Bukar Dalori, at the end of the day, perception of the chairman will affect the APC and by extension, it will affect the Governor, perhaps even directly.

“If the APC Chairman has a good public image, that image will benefit the Governor because the chairman’s job involves marketing the Governor that I work for.

“So long as I have decided to remain the Governor’s adviser on communications and strategy, I know that I hold a political appointment, I can’t stay away from the Governor’s politics. My job includes protecting his political reputation by suggest strategies on anything relating to his overall success and by mobilizing positive media support and preventing negative ones through defense.

” I will be undermining the Governor if I stay aback and watch the PDP undermine the APC, moreso that the Governor is not only the leader of the APC in Borno but he is also the face of the party in the state. I’ll rather not be in the office than to sabotage the system whether that’s the intention or not. Being a spokesman is a comprehensive job.

” I am a member of a national media strategy team that is an extension of the media section of President Muhammadu Buhari’s campaign organization.

*Our team communicates almost every house through a platform, we offer suggestions that advance the politics of the APC at the national level. So, it’s not possible to be spokesperson of a politician and run away from being partisan in his politics.

“My job in the first place is to advise the Governor well and to promote him and his policies.

That promotional aspect by itself is what campaign is all about. We campaign over years through our publicity. So, its a complex situation. The important thing is that I have forgotten all that happened and looking forward to more important challenges.”

It will also be recalled that there was a report on Malam Isa Gusau’s resignation letter on Wednesday following disagreements with the Borno State chairman of the party and a former commissioner.

“We are back as a family and I will sincerely give them media support. They are professional politicians and have been in it for years but as a journalist I have been analyzing politics in different environments for many years, there are strategies

“I normally help and what happened will not stop that, rather, what happened will strengthen my commitment. I don’t do double standard. It is either I am sincerely in or I am out, that has always been me” Gusau told journalists on Friday night”.