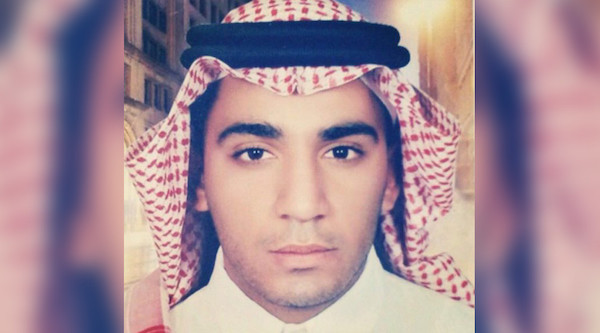 Saudi Arabia is to behead a deaf and visually impaired man to death for taking part in a protest, it has emerged.

Disabled Munir Adam, 23, was arrested in the wake of political demonstrations in the Shia dominated east of the Kingdom in 2012.

A court in Saudi Arabia has upheld his death sentence and Adam has just one appeal left before the King signs an execution warrant.

It comes as campaigners complained that US President Donald Trump failed to raise human rights abuses on his recent visit to the Kingdom.

According to the human rights group Reprieve, Adam had medical records proving his disability.

He already suffered from impaired sight and hearing, following an accident as a young child.

Adam was arrested for violent acts at a protest and accused of ‘sending texts’, according to Reprieve.

But activists claims a ‘forced statement’ was used as the sole piece of evidence against him in a secretive trial at the Specialised Criminal Court.

Reprieve said it had urged Trump to use his visit this month to raise the cases of protesters who face the death penalty.

But director Maya Foa claimed that by failing to raise the human rights issue, the Trump administration had effectively ’emboldened’ the Kingdom to continue its clampdown on demonstrators.

Foa added: ‘The Trump Administration must now urgently stand up for American values – they must call for the release of Munir, and all others who face execution for simply exercising freedom of expression.’