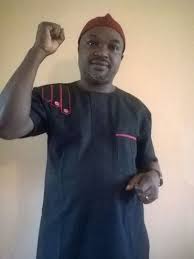 Ahead of the 2019 general elections, chairman of Delta State Social Democratic Party (SDP), Ambassador Oke Idawene, has asserted that his party is being reposition to take over Delta State and the country in general.

Arising from an enlarged state executive meeting over the weekend, the state chairman of the party said the essence of the meeting was to re-strategize and make the party more formidable to take over power from the ruling Peoplesa�� Democratic Party (PDP) in the state level and the All Progressives Congress at the national level.

The highest decision making organ of the party also inaugurated the new executives of Ukwuani local government council following the expiration of the past executives.

He said the new executives stand to conduct the party affairs at the council area for the next election a�?and even beyonda�?.

He expressed hope that the member representing Uvwie local government area at the Delta State House of Assembly (DTHA) Efe Ofobruku, who defected to the PDP few weeks ago from SDP would return, a�?he is still part of the party, we are still friends and we know he will come backa�?, he said.

No opposition party can withstand APC in 2018 governorship election- Aregbesola