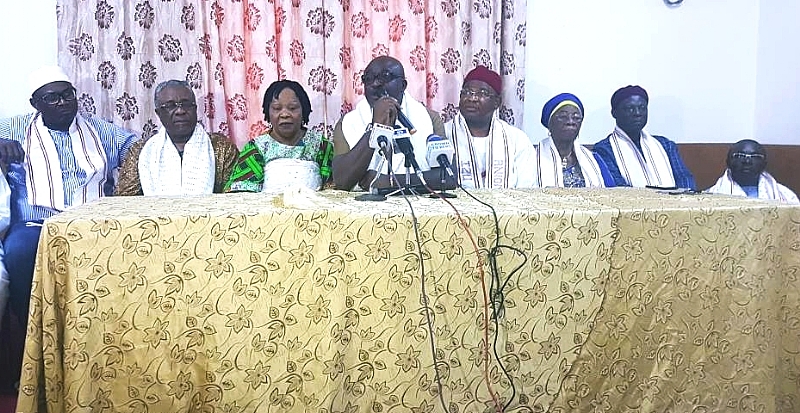 All roadswill lead to Cenotaph on 21 April 2018, as the National Chairman of the Peoples Democratic Party (PDP), Uche Secondus, three sitting governors and other prominent Nigerians have been penciled down to attend a grand reception in honour of the Delta State governor, Ifeanyi Okowa, by the people of the Anioma Nation.

a�?this reception would have come long before now but we wanted to convince ourselves that our son, His Excellency Senator Dr Ifeanyi Arthur Okowa, has stamped his feet firmly as a true leader of Delta and from Anioma extractiona�?.

Briefing the press Sunday in Asaba, on what was expected at the event, the chairman, Media and Publicity, Ogbueshi Patrick Ukah, said the Anioma Nation decided to come together to give Okowa, a very resounding reception in honour of the governor dogged leadership prowess.

According to Ukah, a�?the Aniomas both from the corporate world; from every nook and cranny of Anioma, the traditional rulers, politicians and all that call themselves sons and daughters of Anioma are going to stand still for Senator Okowa on Saturdaya�?, revealing that prominent Deltans and Nigeria would attend the epoch making event.

The event which is bid for 11:00am would be chaired by Chief Philip Asiodu, the Ozoma of Asaba,

Ukah hinted that the reception became imperative as Okowa is a true representation of what the Anioma Nation stands for, a�?and I think it is time that we give honour to whom honour is duea�?, adding that the event is a conglomeration of several groups in the Anioma Nation that came together a�?to give him a solidarity reception that people will call a�?a unity receptiona��, a�?we have called Okowa a true leader, a true political Icon of the northerners and a man that we know that will turn this state around and the fact that he came from our area, we must celebrate hima�?, he insisted.

10 thoughts on “Secondus, 3 Governors To Attend Grand Reception In Honour Of Okowa”