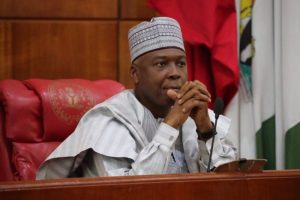 Senate President, Dr. Bukola Saraki, has described the seizure of some of his properties by the Economic and Financial Crimes Commission, EFCC, as mischievous.

Three residential houses located in highbrow Ikoyi, Lagos, allegedly belonging to the Senate leader were sealed off by the financial crimes body at the weekend.

According to Saraki, however, the properties in question have been investigated by the commission several times in the past.

A statement by his Special Adviser, Media and Publicity, Yusuph Olaniyonu said: a�?Our attention has been drawn to the fact that the Economic and Financial Crimes Commission, EFCC, has marked certain property belonging to Senate President, Dr. Abubakar Bukola Saraki, obviously under the claim that they are subject of investigation.