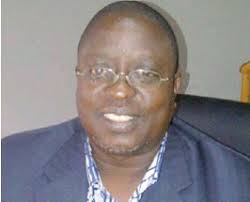 The magical year, 2019, is 12 months away. And, with it comes the proverbial wind of change. With constituents serving quit notice on desperate, parasitic and under-performing senators, it appears some members of the upper chambers of the National Assembly do not have to squint to read the handwriting on the wall.

It is no longer news that the search for credible and competent replacements has begun. The search is not unconnected with the growing realization that a mistake was made when, in 2015, several misfits scampered on the a�?Sai Buharia�� train to berth at the National Assembly in 2015! The result has been catastrophic!

Some of the biggest casualties will be recorded in Kwara state where reports have it that footmen (and women) of the statea��s most prominent envoy and controversial president of the Senate, Dr. Bukola Saraki, have hit the road. Their aim, as has been the practice, is to share Bukky Rice and other essential commodities to long-suffering people of Kwara Central. The poor reception for Saraki-handpicked candidates in last Novembera��s council elections, alleged to have been massively rigged, must have informed the need to start early.

Another indication that Dr. Sarakia��s vice grip on the state might have come to grief was a public apology by Dr. Saraki conveyed by Abubakar Kawu Baraje, who confessed that his principal (Dr. Saraki) has admitted to charges of poor representation regularly levelled against him. It was at the forum that Baraje pleaded for Dr. Saraki to be forgiven and given another chance in 2019!

Strange? May be, because, until now the mere thought of Dr, Saraki confessing to be a bad leader, not to talk of pleading with the people to vote for him, was unthinkable! His carriage, all along, has been that of a conquering army general barking orders at a besieged people. No more so! Yes! The wind of change is here and, from the look of things, 2019 is going to be different. From the look of things, Kwara state, the famed State of Harmony, stands to gain from the wind of change!

Another change is expected in Kwara South Senatorial District where another clowning Saraki-handpicked senator holds court. Here, as in elsewhere in the state, poor quality representation at the federal level has assumed a frightening proportion and the people could hardly be faulted for wanting to effect a change. It is, perhaps, in furtherance of the search that opinion makers and prominent and not-too-prominent residents of Kwara south have turned the searchlight on Architect Isa Oyelola Ashiru!

What began as an isolated campaign immediately after the 2015 election took a new twist few months ago when more communities, youth, women and professional groups joined the clamour for Architect Ashiru to run for Senate in 2019. For now, however, the subject of the draft campaign says he is cementing old alliances and building new Much of the credit for the upswing in support for Architect Ashirua��s candidacy must be attributed to the great work being done by the Lola Ashiru Foundation.

Central to the factors working in Lola Ashirua��s favour is his passion for the Nigerian project! And some of his suggestions to drive the Nigerian project, just as his antidote for the high cost of governance, are as pragmatic as they are revolutionary. At a recent interactive session in Abuja, Architect Ashiru said, for 2019 t0 be meaningful, it is imperative for communities to identify and vote for credible and competent politicians across party lines to avoid a recurrence of the mistakes of 2015. He also believes there is need to build enduring structures that will enthrone the ideals of free, fair and transparent elections.

To achieve low-priced but high-quality representation at the National Assembly, Architect Ashiru suggests that legislative duties and remunerations be on part-time basis or, as is the practice in some emerging democracies, for legislative seats to be reserved for professionals. This, he believes, has the dual advantage of enriching the legislative process and deepening the nationa��s democracy as well as checking misfits who see the National Assembly as a milking cow!

As it is, more people are beginning to realise that a mistake was made when party affiliations, more than competence, determined the outcome of the National Assembly election in 2015. The new feeling was fuelled by prevailing belief among the people of Kwara south that if, as a private citizen, Architect Ashiru could deploy personal resources to positively transform lives, he could be trusted to improve the lives of a greater number of people as a public office holder. This may be reason for the upsurge in visitations to his country home in Offa, as well as his base in Abuja, by individuals and groups bearing goodwill messages.

Critical support also came from the vibrant Arewa Community in Kwara south, In its endorsement, leaders of the Arewa Community assured Architect Lola Ashiru, whom they described as a�?a true friend and ally of Arewaa�� of their preparedness to join in the campaign to ensure his victory. These are no doubt reassuring for a man with a legendary penchant for good.

The National Assembly is too critical to be left in the hands of clowns and freeloaders. Nigerians have no need for bench-warming representatives who have no idea of what their constituents expect of them. Indeed, it will be a disaster if people who expect their offices to improve them, instead of being the other way round, get elected into the senate.

The search for a proactive and people-oriented Senate in 2019 is big business. The odds favour Lola Ashiru if he chooses to run in 2019. Pointedly, a victory at the polls will no doubt be a welcome feather to a colourful cap of an icon but, more importantly, it will provide him a bigger stage to do more for Kwara south.

No mistakes this time around!

Magaji < [email protected].>is based in Abuja.