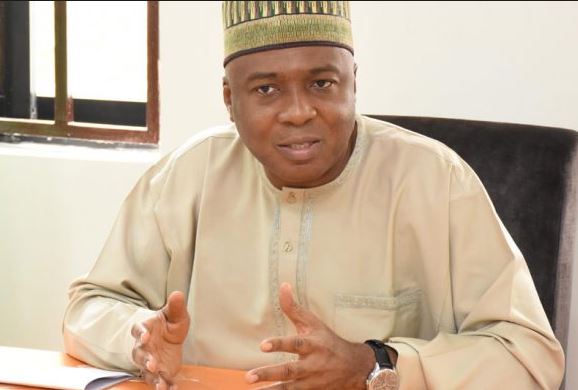 Senate President, Bukola Saraki, on Wednesday, fired at the ruling All Progressives Congress (APC), hours after President Muhammadu Buhari was booed as he presented the 2019 Budget.

In his statement posted on his official Facebook page, Saraki noted that Nigerians have witnessed stunted growth in their respective businesses, lost their jobs during the recent recession and lost innocent citizens to insurgency in parts of the North East.

He wrote: “The last three-and-a-half years have been eventful ones at the global level and in our domestic economy. From dips in oil prices to major shifts in the economic landscape, crude oil production shut-ins and security challenges, the economy and Nigerians have been directly impacted by these events.

“Many businesses closed down and many people lost their jobs during the recent recession. In the same period, we lost innocent citizens to insurgency in parts of the North East, thousands were displaced, and many lives also lost due to clashes between farmers and herders, in addition to the general hardship unleashed by unstable economic winds.

“The recovery from the recession is still fragile. The fundamentals underlying the recovery remain weak, and if unchecked, can lead to dire consequences. The economy still runs on oil and very little progress has been made in terms of diversification.

“As a result, the expansionary budget policy in effect since 2016, which was aimed at raising spending and stimulating growth in the economy, was not matched by achievable revenue targets. The corollary is higher and rising deficit as well as a considerable debt burden, all due to an unsustainable fiscal stance.

“The under-performance of independent revenues is straining government’s ability to meet its expenditure, especially investments in critical infrastructure. This further exposes government to higher deficit levels which have been largely financed by borrowing.

“To be clear, two scenarios will play out if we do not deal decisively with challenges to revenue. These would be to: i. accommodate higher debt with higher repayment costs, which is not sustainable; ii. reduce the capital budget, which would mean a slow-down in government investment in critical infrastructure. This, again, does not aid growth or economy development.

“It is for these reasons that the National Assembly required that the 2018 Budget proposal and future ones be accompanied by a Finance Bill, which would give credence to the financial proposals of government.

“It is one way of establishing credibility in projected revenues. It is imperative, therefore, that a 2019 Finance Bill is submitted to the National Assembly for consideration and approval.”