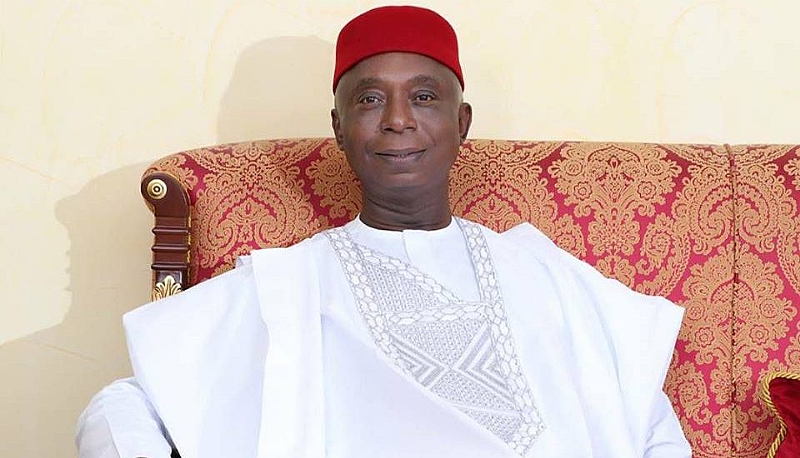 A Federal High Court, sitting in Abuja has refused to hear the application brought by Senator Peter Nwaoboshi, for an order restraining the Independent National Electoral Commission (INEC) from issuing Certificate of Return to Prince Ned Nwoko in respect of Delta North senatorial district.

Justice Ahmed Mohammed in a short ruling yesterday refused to hear Nwaoboshia��s motion on the grounds that the court lacked the jurisdiction to do so. According to him, the Court of Appeal had already taken seize of the matter.

In sacking the senator, the court had held that Nwaoboshi was not the winner of the Peoples Democratic Party (PDP) primary held on October 2, 2018, conducted to nominate its senatorial candidate for Delta North district in the 2019 general election.

Consequently, Justice Mohammed ordered INEC to withdraw the Certificate of Return issued Nwaoboshi as winner of the Delta North senatorial district election held on February 23 and issue Nwoko with a new certificate of return.

The court in addition, ordered INEC to immediately publish the name of Nwoko as the rightful candidate of the PDP, having established the fact before the court that Nwoko scored a majority of the lawful votes in the primary.

He also ordered Senator Nwaoboshi to stop parading himself as the candidate of the PDP for the Delta North senatorial district.

Not satisfied with the decision of Justice Mohammed, the senator approached the Court of Appeal in Abuja to upturn the judgement.

Nwaoboshi, also in an application urged Justice Mohammed to stay the execution of its earlier order sacking him as senator-elect representing Delta North senatorial district.

However, Justice Mohammed in a short ruling held that since defendants in the suit had appealed his judgement in the substantive suit, he would be transferring the motion together with the entire case file to the appellate court.

Wake up or Nigerians will dump you in  2019, Rev Mbaka tells Buhari