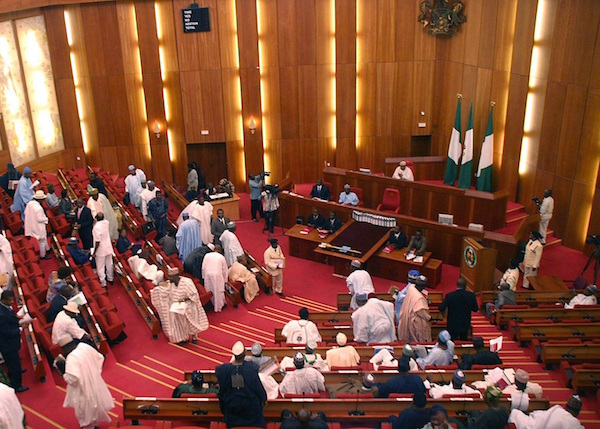 Abaribe had raised the alarm that the South-South and South-East corridors were omitted in the $5.8 billion China Exim Bank loan, sourced by the Federal Government to develop rail lines across the country.

Amaechi had also countered and said the South-East was not excluded.

But South-East lawmakers, yesterday asked Amaechi to explain why the South East corridor was scheduled for concessionaires to build, while other rail line corridors in other parts of the country would be built with funds borrowed by the Federal Government which every part of the country would pay.

Reacting to a press statement issued by the Federal Ministry of Transport that the South East zone is not omitted as alleged by the Senate, as Aba and Onitsha are among towns covered by the Coastal Railway Corridor, the lawmakers who sponsored the motion in the Senate said: “Our motion is not only about the South-East, but about the second major railway corridor in Nigeria, built by the British, which covers South South-South-East-North  Central and North East.

“The corridor is from Port Harcourt to Maiduguri, it covers over 100 towns and major cities, not about Aba or Onitsha, far from it. It industrialised many cities and gave jobs directly and indirectly to thousands.

“In addition, the letter from Mr. President seeking expedited action on approval of the loan did not specify when the eastern corridor would be modernised. It said negotiations are on to get a concessionaire for the eastern line. In other words, while we borrow for the western line, we must wait to get some entity interested to concession it.”

Asked why the railway corridor cannot wait for next phase as proposed by Senator Gbenga Ashafa, they stated: “If it is our collective money saved out of our earnings, we can wait for the next season, but since it is collective debt, why don’t we endeavour to borrow enough and stimulate the growth of every region at the same period? Don’t you know that railways, more than any other infrastructure is critical to the growth of the economy. It is a big catalyst for the creation of jobs and creation of new towns.

“Besides, all those on the over 100 towns and villages served by the eastern line would suffer double jeopardy by paying twice. Once for the collective debt and also for the concession costs which would be borne solely by them.

“What must be done now;   It is my candid view that the Federal Ministry of Transport should approach the Chinese Exim Bank or any other source to raise the requisite funds to execute the Port Harcourt – Maiduguri Railway Corridor; what is good for the goose is good for the gander.

“When the Federal Government constructs the standard gauge for Lagos-Kano and leave the Eastern Corridor empty, how do we convince Boko Haram and IPOB boys that they are not marginalised and excluded?” they asked.

If You Want To Waste Your Vote, Waste It Wisely On Sowore, Says Mr 2Kay