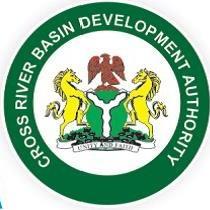 Socio-Economic Rights and Accountability Project, (SERAP) has sent an open letter to Engr. Suleiman Adamu, Minister of Water Resources, urging him to use his good offices and leadership position to “urgently refer the allegations of widespread and systemic corruption involving the management and leadership of the Cross River Basin Development Authority (CRBDA) to the Economic and Financial Crimes Commission (EFCC) and the Independent Corrupt Practices and Other Related Offences Commission (ICPC) for investigation.”

The organization urged Mr Adamu to ensure that “anyone involved is brought to justice if there is relevant and sufficient admissible evidence. We also urge you to push for the publication of the outcome of any investigation carried out by the anticorruption agencies.”

The organization said it received “reports and huge documentation from whistle-blowers on allegations of corruption at the CRBDA, including illegal conversion and misappropriation of funds meant for water projects, lack of proper disbursement and utilization of project funds, illegal auctioning of the agency’s assets, harrassment of staff members who expose these allegations, abuse of office, payment for projects not executed, and by-passing the government’s policy on the Treasury Single Account.”

In the letter dated 30 November 2018 and signed by SERAP senior legal adviser Bamisope Adeyanji the organization said, “Mr Adamu’s intervention would help to improve public confidence in public agencies, minimize the risks of bad government, and improve access of citizens to essential public services. It would indicate your ministry’s willingness to exert your authority to prevent breaches of Nigeria’s anti-corruption legislation and international obligations.”

According to the organization, “Referring the allegations for investigation by the EFCC and ICPC and pushing for suspected perpetrators to be brought to justice would be entirely consistent and compatible with the Constitution of Nigeria, anticorruption legislation and Nigeria’s obligations under the UN Convention against Corruption.”

The letter copied to Ibrahim Mustafa Magu, Acting Chairman Economic and Financial Crimes Commission (EFCC) and Dr. MusaUsman Abubakar, Acting Chairman Independent Corrupt Practices and Other Related Offences Commission (ICPC) read in part: “SERAP has been fully briefed by some whistle-blowers that funds meant for projects and operations, salaries and allowances have been allegedly diverted and removed fromCRBDA’s budget lines.”

“The management and leadership of CRBDA also allegedly secretly auctioned to themselves some of the agency’s new assets and properties, including servicable items ranging from tractors/plants.”

“The management and leadership also reportedly regularly make upfront payment of contracts without full execution and in some cases for abandoned projects. Management then cites contracts for such projects as being under ‘rehabilitation’ in subsequent budgets.”

“SERAP also urges you to set up a mechanism to monitor spending by the CRBDA and other similar agencies of the ministry across the country on specific projects in order to ensure that funds allocated for projects are spent exactly for the purpose and to prevent and combat corruption in the operation of the agency and other public institutions under your ministry.”

“SERAP notes that the Nigerian Constitution 1999 (as amended) and UN Convention against Corruption to which Nigeria is a state party prohibit corruption and set ethical standards for public institutions, including the CRBDA. SERAP is seriously concerned that these allegations violate Nigerian anticorruption laws, the Public Procurement Act, and international standards such as the UN Convention against Corruption.”

“Such allegations if allowed to continue would seriously undermine the ability of the CRBDA to effectively discharge its mandates to provide essential public services to the citizens and residents of areas.”

“In particular, Section 15(5) of the Nigerian Constitution provides that ‘The State shall abolish all corrupt practices and abuse of power.’ Also, the UN Convention against Corruption imposes clear obligations on Nigeria to investigate allegations of corruption, prosecute suspected perpetrators and ensure return and repatriation of proceeds of corruption.”

“The Convention also obligates states parties to ‘strengthen measures to prevent and combat corruption more efficiently and effectively’, and to ‘promote integrity, accountability and proper management of public affairs and public property’.”