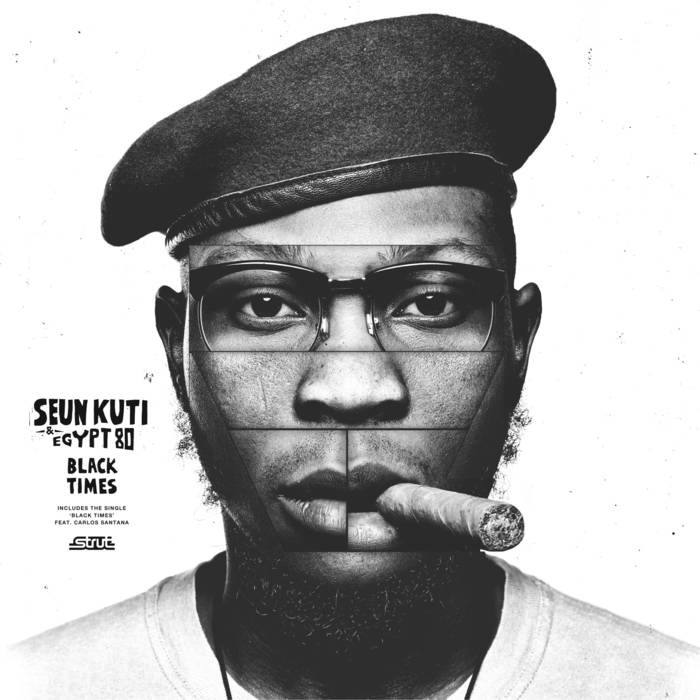 Afrobeat artiste Seun Kuti is a maverick in the African music industry as he defies any pigeonhole and continues to make music that cuts across various age demographics and palates. Yesterday, the singer hosted friends, fans and members of the media to the listening of his new album a�?Black Timesa�? at the Fela Museum in Lagos. Welcoming guests to the event, Seun said ” Black Times is a true reflection of my political and social beliefs; it is also dear to my heart because for the first time ever I wanted to own my masters, so I personally invested my funds in it. That gave me the opportunity to say the things I wanted to saya�?.

The album which is the 35-year-old singer, bandleader and musiciana��s 5th body of work was released under Strut Records and features a selected line-up of stars including the iconic guitarist Carlos Santana, Yasiin Bey (formerly known as Mos Def) and vocalist Nai Palm of future-soul quartet a�?Hiatus Kaiyotea�?.

a�?More than ever I am convinced of the mission and purpose of our music,a�? saysKuti, a�?Here Ia��m giving honour to my parents and to every revolutionary who has made a difference, many of them from before I was born.a�?

The ideas for Black Times were born as Seun Kuti and his band; Egypt 80 travelled the world, but the writing which began in 2016 happened at home in Lagos. a�?I wrote this album from a place of calm and love, I was thinking, a�?What if Africa had a philosopher king who was also a musician, who loved Alkebulana�? – the ancient Kemetic name for the Motherland – a�?with all his heart? What sort of album would he make? What would he tell his people today?a��a�?

a�?Too many African rulers do not have the countrya��s best interests at hearta�? Seuncontinues. Too many people in Africa and the West have sunk or are sinking into complacency: a�?Black Times is an album for anybody who believes in change and understands the duty we have to rise up and come together. The system says wea��re different. But the struggle makes us one.a�?

Black Times is already getting rave reviews from the global music community, and one of its leading tracks a�?Struggle Soundsa�? was recently featured on DC Entertainment and Warner Bos Televisiona��s a�?Black Lightninga�? distributed by The CW Network and Netflix.