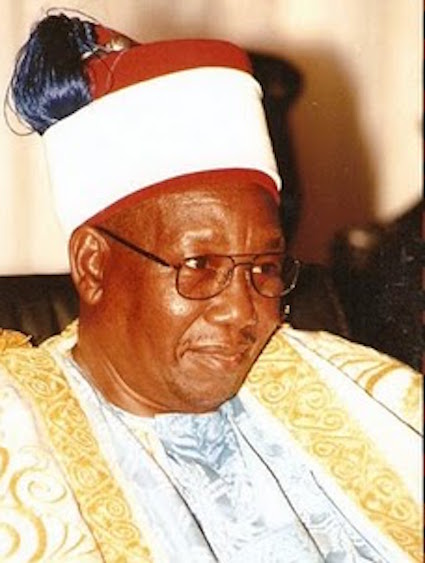 Represented by the Ibrahim Wadaima of Borno, Alhaji Abbas Masa , he prayed for quick return of peace in the state and region while wishing the participants successful deliberation.

The Chief Imam of Borno, Shiekh Zanna Laisu Ibrahim Ahmed while appreciating the organizers of the training workshop, assured that the religious leaders and Islamic preachers will continue to comply with the rules of Da'awah (Public Preaching) in all the nooks and crannies of the state.

He also thanked the PCNI for identifying with the religious leaders in the peace process of the state and region while appealing to all the religious leaders to continue to preach the gospel as enshrined in the Holy Books without misleading the public or expressing their personal opinions on religious issues, especially, that affect the society and peaceful co existence of the people.

Presented by Sheikh Sa'ad Ngamdu, he prayed for peace and stability of the state, region and country at large as well as smooth and successful training exercise as well as use of the outcomes of the training.

The Borno State Chief Judge (SCJ), Justice Kashim Zanna assured the PCNI of its readiness to support and cooperate with all the stakeholders as well as participants .

He noted that the judiciary has been paying a vital role in conflicts resolution and alternative disputes resolution.

The Borno State Commissioner of Police, CP Damian Chukwu represented by ACP A. M. Bello said the command has enhanced alternative dispute resolutions and conflicts reconciliation on many issues in the society including land disputes, family disputes, communal clashes, herdsmen and farmers conflicts among others.

He added that NPF has further initiated and influenced enactment of laws relating to violence, crimes, homicides and others including collaboration with local and international organizations on counselling, public complaints, reintegration, reconciliation, empowerment, victimization and stigmatization.

Senator Ali Ndume, senator representing Borno South at the National Assembly said peace building and alternative dispute resolutions are fundamental tools for the north east rebuilding process as majority of the displaced and affected people are traumatized and aggrieved.

He said people need to however forgive and forget the past and embrace each other in order to live in peace and progress as a community and people without any sentiment or bias.

The Senator urged the judges, traditional rulers and the religious leaders to continue to sensitize their subjects and ensure peace prevails among the people and encouraged to live a better life in the post insurgency livelihood programme.

He emphasized on peace, stability, unity of the people, reintegration, return of IDPs, rebuilding process, reconciliation and dispute resolution to ensure quick return of peace and development in the region while calling on the public and private stakeholders to be involved actively in the rebuilding process of the north east.

The facilitator of the training workshop who is also the Chairman of Green Horizon Consultancy firm, Professor Naiya Sada said the company promotes and supports peace, justice and reintegration among others which informed the collaboration between the Green Horizon and PCNI to engage Islamic scholars and preachers as well as court judges and traditional rulers in the peace building, conflicts reconcile and disputes resolution to ensure justice prevails, unity of purpose and stability are established among our people.

I Will Not Contest For Any Political Office Again – Fayose Reveals