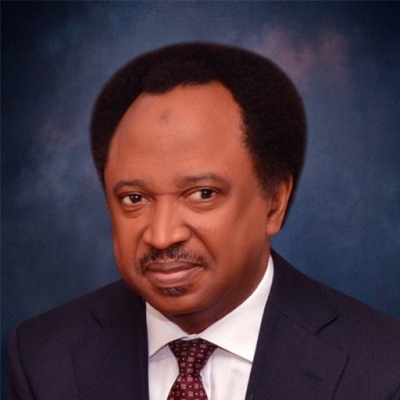 One of the greatest and terrible fallouts from the rise of Trumpism is the penchant for the cloning and replication of copycats across the globe, individuals that are deluded enough to believe they can replicate the wonder of rising from relative obscurity to winning elections. The tragedy is that some of them are succeeding. Trumpism, at the level of those seeking political office, consists chiefly of causing the wildest outrage to garner populist votes. It has worked for a handful of right-wing extremist leaders, some of who gained office only for the electorates to discover that the only substance about their persona and cult is the raucous rhetoric they use to deceive the people.

Nigeria is not short of this class of politicians, who, having nothing to offer, resort to the brashest of behaviours and unguarded utterances to win followers. They are succeeding. They have the corresponding gullible section of the population that believe they have found messiahs that will give them their dream Utopia. Even when that Utopia is a sure path to doom and ruination.

Nigeria’s Trumpists has its current symbolic head in the lawmaker representing Kaduna Central district, Senator Shehu Sani, who has recently, since the conclusion of party primaries taken his penchant for causing outrage to a theatrical level. He is now in the business of marinating his dubious credential in populist juice served up to the unsuspecting and the elixir of reason. It is poison to those that consume it even in its diluted form.

Shehu Sani, possibly buoyed by a false sense of an activist past that now stands largely discredited, has attacked just about anyone that he believes to be against his ambition to re-impose himself on Kaduna Central – has largely abandoned their assignment at the Senate to focus on packaging himself as Nigeria’s reply to Trump. He has condemned President Muhammadu Buhari, he has attacked Vice President Yemi Osinbajo; he has issues with some military top brass for attending the launch of #NextLevel.

Of course, Shehu Sani had running issues with Kaduna State Governor, Nasir el-Rufai, which ultimately led him to renounce the All Progressives Congress (APC), jumped into the People’s Redemption Party (PRP), and intensified his drive to cause the widest outrage possible. Had he but engaged in the least form of introspection, the kind he demands of other people, he would have known that the problem is not with the mirror but with his sullied self. In the whole time he has been fencing with el-Rufai, not once has he been able to show that he had at any point offered a hand of fellowship to the governor. He has instead tried his best to rubbish whatever positive the state scored.

In the short time of joining PRP, the Kaduna Central Senator has succeeded in achieving what four decades has not done to the party, taint its ideals. He has hijacked the PRP for use as a rant platform that will rebrand the legacy party as vehicle for clowns and electoral jesters. He has premised his activities in the fold of the party not on its welfarist ideology but as avenue for hitting back at persons that had rocked his boat. If this so called activist is today dissing the APC that gave him the ticket to the Senate one can only wonder what he will do to the PRP in the vent that he wins re-election on its ticket.

This misguided stance, like the one adopted by the real Donald Trump, is a danger to the country. The danger is not that he will use his bad grammar to corrupt the already perverted syntax of his social media followers, the danger is far more insidious. The many instances that he has reacted to national issues do not come with the warning that his opinions and utterances are conditioned by a desperation to use outrage for garnering followers and sympathizers. They therefore follow him blindly with the consequence that he leaves in his trail a network of the children of anger that wrongly believe they have been wronged. These set may be in the minority but they remain a danger.

The country is fortunate that more of its citizens are tired of the theatrics of Nigeria’s edition of right-wing fanatics frothing at the mouth as they peddle all kinds of lies, notably against those they want to edge out of power. Shehu Sani’s tantrums fits the pattern. Would he have been critical of the other government officials if they had granted increased access to the loot? Like the people he attacks, Shehu Sani knows the answer – one does not talk while eating is a cultural code that has endured in the political sphere, so a handful more crumbs from the commonwealth to chew on would have quieten this pseudo activist faster than a pacifier will calm down a bawling infant.

Another thing that has rendered Shehu Sani’s rants uninteresting is the glaring double standard he has adopted. Here is the latter day crusader of transparency, accountability and good governance that has not deemed it fit to let Nigerians in on what the actual pay of Senator in Nigeria is. If he is truly uncorrupted as he tries to make people believe he would have at least shine a flicker of light on what he gets as a Senator – we will not worry about how he managed to raise the N10 million he tried to buy the APC senatorial ticket with. But like in the case of the Apostle of Common Sense, Omerta is the code.

That he was the only aspirant to attempt bribing the APC election panel speaks volumes about the show of piety he has put on for the benefit of his electorates. It is not surprising since distribution of cattle and camels is among the leading achievements he has to flog in asking the people of Kaduna Central to again come queue in the sun to give him another four years of earning undeclared jumbo allowances.

It is this questionable character that Shehu Sani is projecting unto others because he can only relate with the kind of behaviour he knows himself to have. That is why he sees everything from the perspective of a commercial transaction in which the actors have benefitted money; it is the reason he cannot divorce ethnic jingoism from decisions that are taken on the strength of facts and indices. He only see in others the reflections produced by himself, a cracked mirror that at best distort even perfection to cast eerie shadows.

His thoughts will grow darker as the realization set in that he is in the final months of deriving benefits from the mandate entrusted to him by the electorates while his utterances will become even more inciting. He will punch imaginary enemies and box shadows. This should not surprise the discerning because Shehu Sani can only become more desperate.

Agbese writes from the United Kingdom

My dear Baba Buhari, leave us to keep eating Maggi