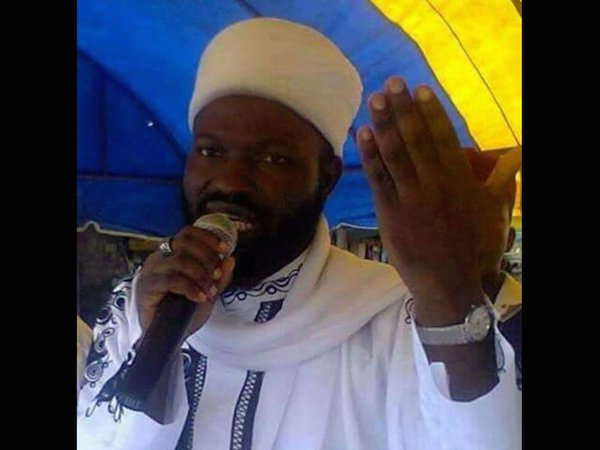 A 35 year-old Muslim cleric, Sheikh Yusuf Amzat-Salam, also known as Alfa Abu,  his wife and four children were killed by hoodlums in the early hours of Tuesday in Ijebu-Ode, Ogun State.

The eldest child, a girl aged 11,  her twin brothers, aged 8 and the last female child, aged 2 were all killed.

All the victims had  been buried in accordance with Muslim rites,  amid wailing by sympathisers and relations.

The attackers, whose motive could not be ascertained, butchered the entire household with machetes.

NAN gathered that the victims were discovered in the pool of their blood when a school bus came to pick the children.

A close family friend, Mr Yusuf Oludaisi, described the act as dastardly and wicked, wondering what the victim must have done to warrant such treatment.

“He was someone whom we grew up together. I have known him for 30 years to be humble and kind to everyone who came across his path.

“It’s really sad because this was someone you will never see quarrelling or being disrespectful”, said Oludaisi.

The younger brother of the victim, Alfa Ishaaq Amzat-Salam, however, said he would leave the matter for God to judge.

“I leave those who perpetrated such evil into God’s hands for He alone will judge them. The deed cannot be undone.

“I will always remember my brother forever for his loving kindness as he was a shining light to us all”, said Ishaaq.

Senator Gbenga Kaka (Ogun East), who was at the burial of the victims, described the incident as very sad.

“I am a close friend to the father of the victim and when I heard what happened, I was in shock.

“It is unimaginable what these people did and it brings much sadness to my heart. I don’t even have the words to describe it”, said Kaka.

“We are already doing all to investigate and apprehend the culprit”, he said.

Sympathisers described the cleric as a peace-loving, humble and caring individual. NAN