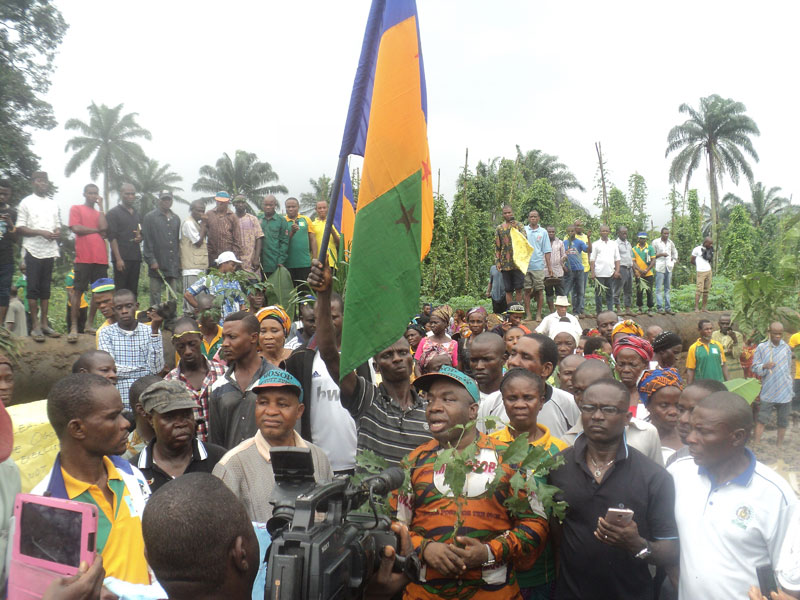 The Movement for the Survival of the Ogoni People (MOSOP) says resolving the Ogoni problem will require multi-stakeholder discussions involving Shell the Nigerian government and the Ogoni people. President of MOSOP Legborsi Saro Pyagbara made this known yesterday in Boue, Khana Local Government Area of Rivers State.

Addressing a meeting of MOSOP Kingdom Coordinators, Pyagbara who was represented by the organization’s Publicity Secretary, Fegalo Nsuke, said all parties to the conflict including Shell, the Nigerian government and the Ogoni people must meet to resolve the Ogoni conflict which has led to the death of over 4,000 persons and a generation of Ogoni leaders.

Nsuke accused the Nigerian government and Shell of deliberately encouraging conflict in Ogoniland by attempting to resume oil production without resolving the issues raised by the Ogoni people.

“By attempting to resume oil production through allies of Shell like the NPDC,, Belema Oil and Robo Micheal, the government is actually looking for a way to cause serious crisis in Ogoni and kill us like they did in the ’90s” Nsuke said.

“But we are also Nigerians and it is unfortunate that each time we protest against the violation of our rights, they either kill us or send soldiers after us, find a way to set us against ourselves or set our neighbors against us. They have split our country into 36 states and funded the states with money from Ogoni yet we have no place in Nigeria. This is the unacceptable level of violations we protest. We insist that in our country where we make significant contributions to national income, our political rights to self determination must be respected” he said.

“Look at the cleanup, Shell and the government have refused to fund it. And we have no future without a clean environment because ultimately, if our land water and the entire environment are not restored, we will all die of strange sicknesses like cancer as we have started experiencing” Nsuke said

He called on Shell and the Nigerian government to show their commitment to respect the rights of the Ogoni people by initiating a genuine process that will bring all stakeholders to a discussion table to resolve the Ogoni conflict.

How To Remain Bosom Friends With The Law!

Keke Operators To Cease Operating In Owerri Metropolis On Tuesday