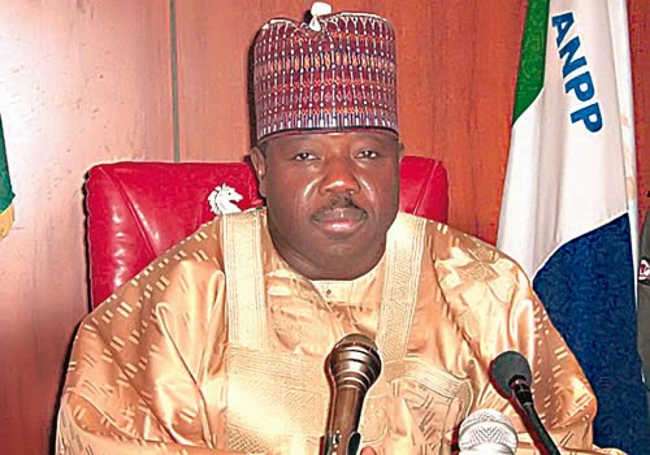 Sheriff who spoken at a caucus meeting of the APC held at the Government House Maiduguri for the first time in six to seven years said, he was satisfied and fascinated with the honest and quality leadership of President Muhammadu Buhari at the federal or national level that was why he defected to APC.

The former governor further said that another reason why he joined the APC was the fact that he wants to join the winning and performing teams at the state and federal levels to contribute his quota to move the state and country forward – socio economically and politically.

Sheriff had earlier appealed to all the supporters and members of the APC to be united, cooperate with one another and forgive each other or forget the past and fuse heads together to forge ahead as one people, one party, one state and one country.

He added that as far as his was concerned, he has forgiven anybody that had offended him, particularly those who hypocritically created the feud within him and Shettima, pointing out that, nemesis has even began to catch up with them in the past three months when their atrocities and gossips or blackmails have started exposing them.

The Borno political heavy weight said he bears no grudge any more against anybody and wants all and sundry to come together and move the party as well as the state forward, stressing that, with the situation or tension on ground, there was no need for large number of aspirants for the governorship election in the state .

He urged all those interested in the governorship election to streamline their number and allow only a few number that could peaceful go for primaries and if possible, to even have a consensus candidate which will be much better for the state and party.

Sheriff noted that he has been the shaker and mover of the state politics and have been behind the successive elections of the past state governors from Late Maka Kachallah to date which is a public knowledge, noting that, it will not be out of place if he will still be behind the next governor to take over power from Kashim Shettima.

He expressed his willingness or readiness to support anybody that the party will come up with as the 2019 APC gubernatorial candidate for the 2019 governorship election, pointing out that, his doors are always open for any politician that will be willing to serve the people.

SAS further advised the party members and supporters to conduct themselves peacefully, carefully and properly during the wards, LGA, state and zonal Congresses for the election of their party leaders without any rancour by accepting the out come of the elections and respect the elected leaders to move the part forward.

27 thoughts on “Sheriff Gives Reasons For His Defection To APC, Urges Members to Unite, Be Loyal and Cooperate With Their Leaders”