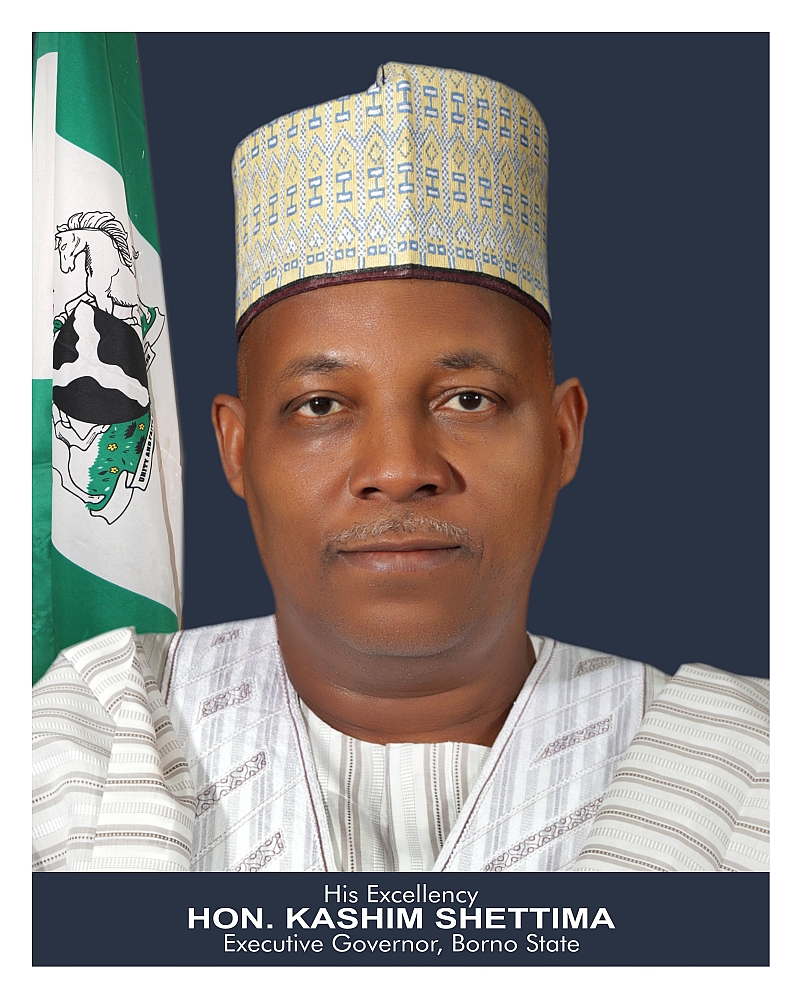 In accordance with section 100 sub section 1,2 and 3 of the Nigerian Constitutions as amended for State Governors to assent to States Approbation Bill they have presented to their States Assembly and passed into law by the States Assembly, Governor Kashim Shettima of Borno state has today, Wednesday, signed the 2018 Appropriation Bill which he presented to the State Assmebly on 27th December 2017 into law as required by the constitution.

It will be recalled that Governor Shettima presented an appropriation bill of N170 billion to the house but the State Assmebky during its various house committee ministerial and sectoral oversight functions adjusted the total appropriation bill jacking it with N11,514,000 bringing the total amount of the budget passed into law by the house for the execution to N181,288,518,000.

Presenting the 2018 Budget to the governor for assent at the Government House, Council Chamber, Maiduguri today, the Honourable Speaker, Alhaji Abdulkarim Lawan said the reasons behind the State Assembly review upward of the Appropriation bill was in line with the governors explanations during the appropriation bill presentation to give much priority to Ministry of Reconstruction, Rehabilitation and Resettlement, RRR to construct more roads within the state to link many communities that were unaccessible including those that were unnoticeable.

The Speaker added that the house also increased the sectoral allocation of the Ministery of Local Government and Emirates Affairs based on the governors earlier pledge to rehabilitate and furnish all the palaces of the emirs and chiefs that were destroyed by boko Haram insurgents to enable the traditional rulers return to their localities and resettle finally.

Other reason he gave was again based on the governors plans to empower the women and youths after resettlement in their communities by way of providing adequate skills acquisition and poverty alleviation facilities and equipments for the displaced persons or IDPs returnees, the house decided to also review the allocation to The Ministry of Poverty Aleviation and Youths Empowerment in oder to accelerate and accoplish government good intentions to the people of the state, especially those affcetes by the insurgency.

The Speaker said the increase was however based in the recommandations of the House Ad hoc Committee on the Appropriation and Finance.

Responding, Governor Shettima said it was essential for the executive to pay tribute to the BISHA led by the Speaker, Abdulkarim Lawan for the expeditious passage of the Appropriation Bill into law.

Shettima also commended the security agencies for their gallantry and bravery in restoring peace in the state and liberating the communities that were enclaves of the boko Haram insurgents.

The governors disclosed also that latest by 29th May 2018, all the IDPs will be finally relocated back to their various host communities as government has intensified efforts and works in Mobbar, Bama and Gwoza among others .

He urged all the people to be united and stay tied to each other as the political activities unfold, hence politics is not only about propaganda but establishing confidence building first among the people.

Full list of ranking of Nigerian universities, by NUC

Naira Closes At N359.3 To Dollar At Parallel Market