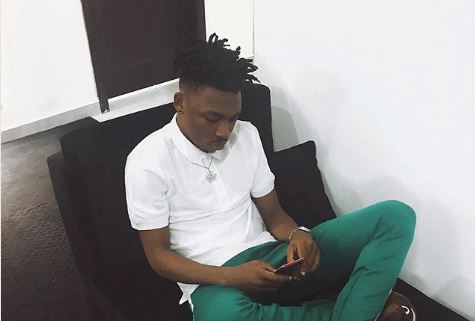 Singer, MAYORKUN, is currently mourning the loss of his 30 billion gang chain after he was well robbed at the show which he attended at the University of Nigeria in Enugu.

His show at the state was not a bad one as fans troop out to have fun with the singer but that did not stop the men of the underworld of doing their duties on his body that night.

Since they could not get his phone and money, they decided to remove the chain from his neck without even knowing on time.

Well, his boss, Davido, has the money and could likely get him another one because he needs to fit into his crew and he will stop at nothing at seeing that his crew members enjoy good life.