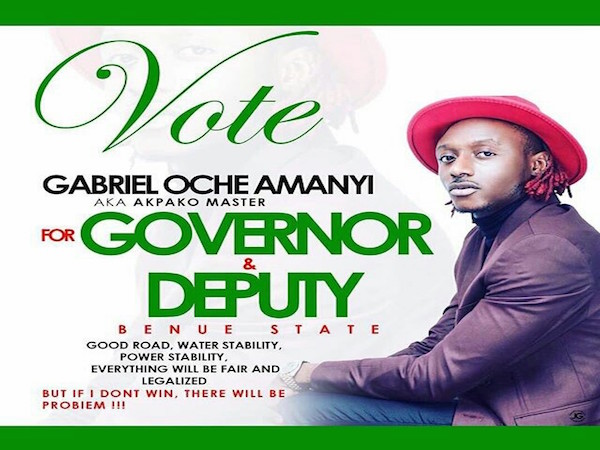 The singer took to his Instagram page to reveal his ambition and upload his campaign poster.

In captioned it: “MY PEOPLE,THE TIME IS NOW. POWER BELONGS TO THE YOUTHS,SAY NO TO OLD CARGOS…VOTE TERRY G FOR GOVERNOR/DEPUTY OF BENUE STATE ,I WILL MAKE YOU PROUD..WHEN I SAY LEGALIZE YOU SAY GINJAH..”