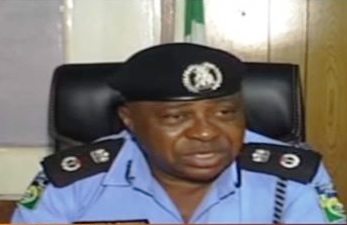 Police also said that a police Amoured Personnel Carrier (APC) was damaged by IED explosions while seven other persons were severely injured.

“Yesterday being 26/04/18 at about 1700hrs, Boko Haram Terrorists launched a surprise attack at Jidari Polo area of Maiduguri near the Federal High court.

“The Borno State Police Command promptly deployed combat teams of SARS, PMF and EOD to support the Military and the Divisional Police Officer of GRA division who were already at the scene.

“The insurgents were successfully repelled by the security forces after fierce gun battle with profuse tear gas smoke application.

“There was no casualty on the side of the police apart from two SARS personnel that were injured in the battle.

“Four persons including a CJTF and 2 female suicide bombers were killed in crossfire and IED explosions.

“The victims’ corpses have been evacuated to the state specialist hospital in Maiduguri. Normalcy has been restored in the area.

“The Commissioner of Police Borno State, CP Damian Chukwu therefore urges members of the public to go about their lawful activities without fear.

“He also urges residents of the state to always promptly report suspicious persons and activities to the Police or other security agencies for prompt action.

“Meanwhile preemptive deployments are being put in place to forestall further surprises.”