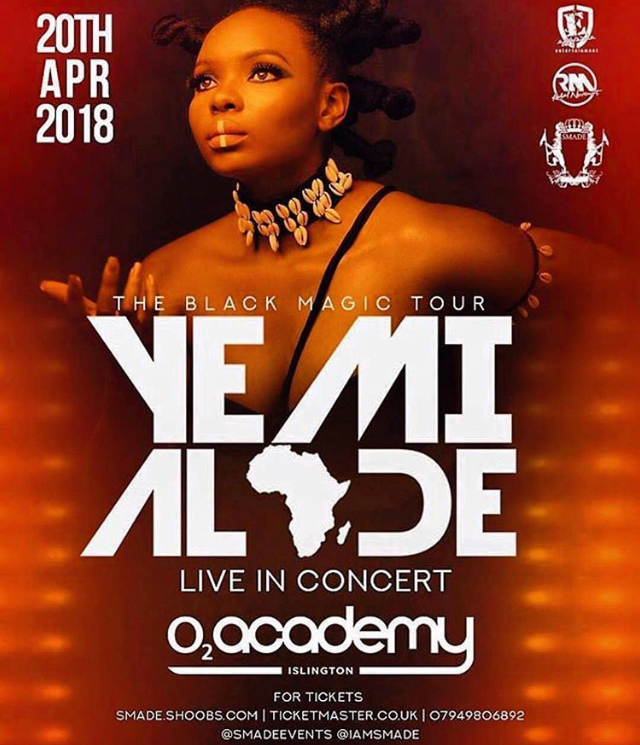 SMADE ENTERTAINMENT presents their fourth concert of 2018 and the second concert in the month of April – Yemi Aladea��s The Black Magic Tour.

The Black Magic Tour follows the just concluded Falz the Bahd Guy concert which started on the 30th of March and ended on the 2nd of April, 2018.

Yemi Alade arrived in the UK with her entourage on the 16th of April, 2018 at the London Heathrow Airport and was received by the CEO of SMADE Entertainment, Junior Adeosun.

The London leg of this tour is set to hold on Friday 20th, April 2018 at the O2 Academy, Islington, London.

SMADE ENTERTAINMENT is anticipating another sold-out show and here are four reasons why:

– This will be her first performance at the O2 Academy in London since 2016.

– She is an energetic performer.

– She will be performing all her hits.

– She will be bringing African Magic to life with every song she performs.

SMADE Entertainment is bringing a fresh vibe to the people of London with the Black Magic Tour.

Dammy Krane Arrested For Credit Card Fraud In Us