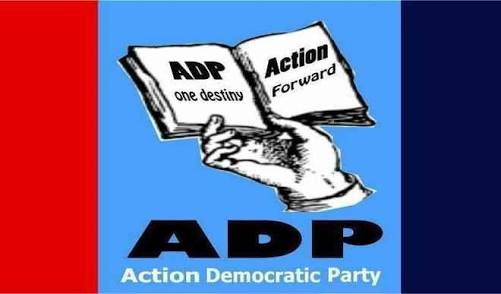 The Action Democratic Party (ADP) has described the news of a snake swallowing a whooping sum of 36 Million Naira from the office of the Joint Admissions and Matriculations Board (JAMB) as a huge joke and says that this has further solidified the partya��s position on the looting business on-going in Buharia��s government.

The Party in a statement issued by the ADP Lagos State Publicity Secretary, Prince Adelaja Adeoye, said that the news stating that a mystery snake sneaked into the accounts office of JAMB in Makurdi, the Benue State capital and made away with 36 million naira cash is preposterous and this has further exposed to all Nigerians how corruption is thriving in a Buhari govt that claims to be fighting it.

ADP said, officials in ministries, department and agencies in the Buhari government have devised means of stealing in millions since top officials have continually gone scot free whenever their corruption cases are exposed. The party said that grand looting has become a norm under the current administration.

The party strongly also condemns the increment of tolls in Lagos along the Lekki-Epe Expressway and the Ikoyi link bridge, saying that Lagosians have had enough of the daylight robbery by the APC led government in the state. The party said that APC is pushing Lagosians and Nigerians to the limit and the assumption that Nigerians cannot act will give them a shocker in 2019.

ADP however calls on Governor Akinwunmi Ambode to look into toll charges and immediately reverse the increment because it is wrong for the Lagos state government to give backing to a private Lekki Concession Company to exploit Lagosians.

The party said that it has come to stay in the state and the opaque nature of governance run in Lagos state since 1999 will be exposed while in the same vein urging Lagosians to join ADP which is poised to deliver governance to ever expanding population of Lagos. The party enjoins all Nigerians to obtain their PVCs because that is their power to bring about real change come 2019.