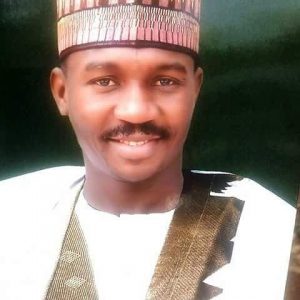 Indications have emerged that Alhaji Ahmed Sokoto the deputy governor of Sokoto State and the governorship candidate of the All Progressives Congress (APC) has resigned from his position.

The resignation is long expected as he had fallen out politically since governor Aminu Tambuwal dumped APC for opposition Peoples Democratic Party (PDP).

Tambuwal who was sure of clinching the presidential ticket of PDP failed in his bid and also could not secure the ticket for re-election in the state.

The deputy governor, is reported to have submitted a copy of his resignation letter to the state’s House of Assembly.

The House decided to make it secret as it was not read on the floor during Tuesday’s plenary session.

The source said the sudden resignation might not be unconnected with unforeseen circumstances that might crop up in the build-up of the forthcoming governorship election in the state.

The 48-year-old former Commissioner for Health in Sokoto State had his primary school education at Magajin Rafi Model Primary School Sokoto from 1977 – 1983.

His secondary school education was at the Government Secondary School, Yabo where he was from 1983 – 1989 where he obtained his West African School Leaving Certificate.

He proceeded to the College of Administration of the Polytechnic of Sokoto State. He succeeded in obtaining a clerical officer’s certificate (Account and Audit) in 1991.

In the same vein, Ahmed Aliyu went back to the same institution between 1991 – 1992 where he obtained a certificate in Accounts and Audit (CPAA).

Ahmed Aliyu’s thirst for knowledge galvanized him to yet to back to the same polytechnic of Sokoto State between 1992 – 1994 where he obtained a Professional Diploma in Public Account and Audit (DPAA).

He was at the Abdu Gusau Polytechnic Talata Marafa in Zamfara State, from 1995 – 1997, where he successfully studied for and obtained a Higher National Diploma in Local Government Studies.

As an enterprising individual, Ahmed Aliyu was still yearning for more education, that was why he got admitted into the Usmanu Danfodiyo University Sokoto from 2000 – 2001 where he obtained a Post Graduate Diploma in management (PGDM).

Ahmed Aliyu again went back to the same Ivory Tower between 2002 – 2003 where he successfully crowned his search for knowledge with a Masters in Business Administration (MBA).

Saraki To Lagos PDP:Ia��ll teach you how to defeat Tinubu

Update on The missing girls in Dapchi GGTC…….. List of abducted girls