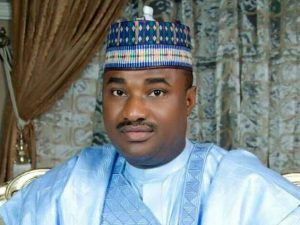 He replaces Mr Ahmed Aliyu who resigned to run for the 2019 governorship election in the state under the All Progressives Congress (APC).

Dan'Iya was sworn in on Friday, Aliyu had resigned after Governor Aminu Tambuwal defected from the APC to the Peoples Democratic Party (PDP).

At the swearing-in ceremony, held at the International Conference Centre in Sokoto, Governor Tambuwal said his relationship with his former deputy remained cordial.

He prayed for God's guidance for his new deputy to enable him to discharge his duties diligently.