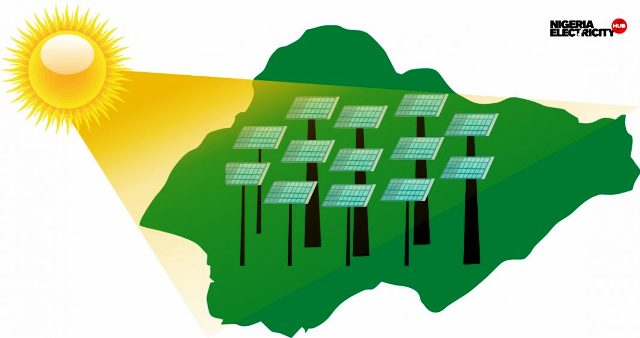 It is estimated that over 20 million generators are used daily. Consumers have had to generate their own power, to overcome Nigeria’s energy scarcity. The lack of constant supply as a result of frequent grid outages and failures has turned Nigerian consumers into masters of their own destinies. Both small-scale businesses and private residences rely on small fuel generators, commonly called “I pass my neighbour”. However many people can’t afford solar powered energy, that’s why it’s much better to get a generator installation to always be sure that you have energy in your home.

Despite their usefulness, these generators are not ideal and possess drawbacks, not the least of which is environmental. These generators burn fossil fuel and produce harmful toxic gasses that pollute the environment. In 2018 Nigeria was ranked as the 10th most polluted country in the world with estimated average PM2.5 concentrations of 44.8μg/m3. A largely unregulated market means that a high number of generator models in the country are inefficient. These substandard models inefficiently burn fuel leading to more air and noise pollution.

Contrary to popular belief that they are essential, the demand for energy is quite low to amount the number of generators used. Power consumption is relatively low, most customers use the generated energy for basic appliances such as bulbs, fans, and electronics, rather than on heavy industrial machinery. On average, less than one-fifth of the maximum power of generators are used. This value reduces further with the increased use of energy-efficient LED lights and appliances.

Generators are costly over time. Despite low upfront costs, small fuel generators in the long term tend to incur costs as they require routine maintenance and refuelling. Their components easily wear out and may require frequent repair. A report by The Assess To Energy Institute (A2EI) found out that the average generator user spends an estimated 200,750 Naira on refuelling costs annually (not including maintenance and purchase costs).These generators usually have short lifespans and may need to be replaced every 2-4 years. All these results in a huge financial drain, especially from a backup energy source.

Solar to the Rescue
As a backup power option, smaller solar panels systems are best suited to substitute fossil fuel generators. Solar systems can replace fuel generators as they are more efficient. Seeing as only around 18% of the maximum power of generators is actually needed, these solar systems could replace generators as an appropriate backup option to grid supply or serve as an off-grid option.

Solar systems have a lot of advantages over fossil fuel generators. They are devoid of toxic exhaust and noise pollution. They also have lower maintenance requirements as their stationary parts do not wear out unlike those of fossil fuel generators. Solar generators do not require much input after setup. They are compatible with grid supply and when paired with a storage system can supply energy at night.

Solar systems are a cheap source of long-term power. Initial development costs of a solar system might not be c0mparable with that of generators, but over time they tend to be cheaper. Their longer lifespans of 20-30 years and low operating costs make them economically advantageous overtime.

Mainstreaming solar energy in Nigeria is possible, but work needs to be done. Increased awareness and evidence-based results have led to an increase in solar adoption in the country. This would only get better as solar technology improves. Prices per watt of solar panels have reduced by 23% since 2014 and is bound to reduce further with forecasts of up to 40% decrease in price in the next 4 years. Things like increased and result-based financing, favourable energy policies (such as the elimination of import duties on solar components), capacity-building needs to be put in place if the country needs to position itself to take reap the benefits of the global solar revolution. If the nation gets it right, we might finally be saying goodbyes to generators.

Nigeria: In Search of an Ideal Political Philosophy