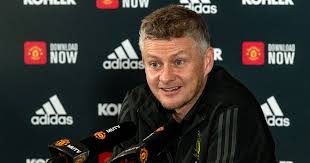 Manchester United Coach, Ole Gunnar Solksjaer has responded to rumours linking Mauricio Pochettino to Manchester United after the Argentine was sacked by Tottenham following a poor start to the 2019/2020 season.

Pochettino has also been linked with the Bayern Munich job, Manchester United hierarchy are believed to be a long admirer of the former Espanyol coach,

Solksjaer has dismissed the reports that he will soon lose his job to Pochettino.

“No, it [speculation] doesn’t bother me at all, I’ve got the best job in the world and if you’re in or out of a job you want this job, so it doesn’t really matter whatever happens around it,” Solskjaer said.

“I’ve got to focus on my job at Manchester United, do it as well as we can, speak with Ed [Woodward] and the owners all the time about how we move forward and that doesn’t change if others change managers.”

“It’s good to have Jose back definitely – especially for you guys, maybe for me because you can talk and write about everything else,” Solskjaer added.

“For Mauricio, it’s always sad when one of your colleagues, a good man, you lose your job before Christmas.”

Manchester United are back in premier league action with a trip to high flying Sheffield United on Sunday.

Players Who Got Their Start Playing 5-A-Side Football

320 thoughts on “Solksjaer Responds To Pochettino To Manchester United Rumours”