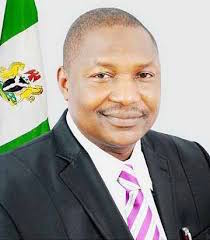 As global outcry over increasing rate of human rights abuses in Nigeria, Attorney General of the Federation and Minister of Justice, Abubakar Malami has asked the State Security Services (SSS) to forward Omoyele Sowore’s case file to his office.

Malami also has directed a speedy investigation conclusion of investigation over the invasion of Federal High Court in Abuja by operatives of SSS to rearrest Sowore last week just hours after the agency was forced to release the journalist/activist after being illegally detained for weeks. One could click to view here and know a way to get an attorney

A statement issued on Friday morning by Malami’s Special Assistant on Media and Publicity, Umar, Jibrilu Gwandu, the minister was doing this “as part of deliberate efforts to probe emerging issues related to the recent imbroglio related to Omoyele Sowore’s case and for speedy dispensation of justice”.

Malami forwarded the directive through a letter dated 11th December, 2019 and addressed to the Director General of the Department of State Services, National Headquarters Abuja.

“The Solicitor General of the Federation and the Permanent Secretary, Federal Ministry of Justice, Dayo Apata, SAN who signed the letter refereed to a letter from the DSS office on 9th September, 2019.

According to the letter “the Honourable Attorney-General of the Federation and Minister of Justice upon a further review of the case has directed the immediate takeover of the prosecution of all charges in respect of Omoyole Sowore by the Federal Ministry of Justice in line with the provisions of Sections 150(1) and 174 (1) (a-c) of the 1999 Constitution (as amended)”.

The letter requested the Director to “promptly forward all the case files” in respect of Omoyele Sowore to the office of the Attorney-General of the Federation and Minister of Justice.