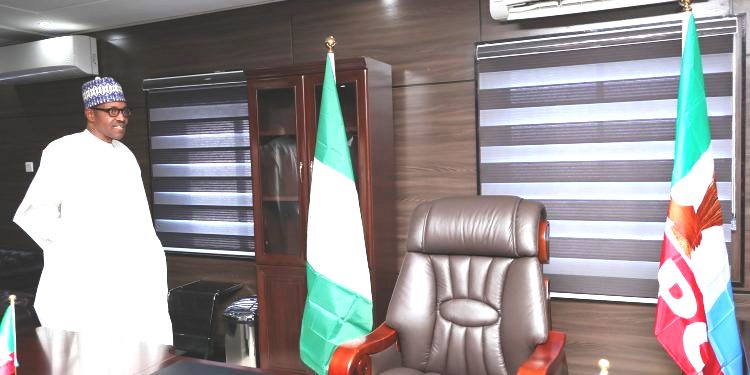 A bitter divide over the contentious mode adopted by the ruling All Progressives Congress,(APC) for it’s primaries could threaten Party unity as state chapters are not on the same page with the Adams Oshiomhole led party leaders.

On paper, the party is the strongest it has been since formation, with majority in the House of Representatives and Senate and a president who is committed to its goals of winning re-election.

Yet five months to the presidential election, it is clear that the party is divided. In the National Assembly, members are at odds with the executive and party leadership over spending and national security tactics, also feuding with each other over how the government should tackle its priorities.

State chapters of the APC are breaching the directives of the party regarding the adoption of direct primaries, Per Second News gathered Wednesday.

Kano, Bauchi, Delta, Imo and Ogun state defied the party leaders by adopting the indirect primaries in their respective states with more states vowing to go the way of the indirect system of selecting candidates.

“The party has just concluded the state executive committee meeting at which they read out a resolution that they prefer the indirect method in the forthcoming primary elections. Well, that is the state’s position and not the final say, national headquarters required that every states executive committees must submit a written request signed by state’s executive committee members, critical stakeholders as well as aspirants to various offices in the state.

The lawmaker explained that indirect primary was simply about fear of the people, adding that, “You don’t want to subject yourself to the people. It is the very fact that APC cannot change the political landscape of Nigeria by adopting a system of cash and carry.

The Bauchi State Chapter of the All Progressives Congress (APC) has also opted to use the indirect system for the forthcoming primary elections of the party instead of the direct primaries where all card-carrying members of the party can vote.

Adamu Bello Giade, a lawmaker in the state moved the motion for the adoption of indirect primaries in the state, arguing that it would be more orderly and rancour-free.

In a meeting held at the Imo International Convention Center, IICC, the Imo APC reached a decision adopting the indirect system for primaries.

The meeting was presided over by the state chairman, Dan Nwafor, who disclosed that the re-validation of membership of the party has started.

Also in attendance was the Chief of Staff to the Imo state governor, Uche Nwosu, Okorocha’s endorsed APC governorship aspirant.

The decision is the same in Ogun where the governor is alleged to have proposed a consensus candidate.

The divisions and bitter infighting consuming the state chapters of the party is stealing the spotlight.

Yet it is only a matter of time before tensions between the party leaders and the governors spill out in the open, says a deputy governor under the condition of anonymity.

“I think [the relationship] is uneasy, and I think it will always be uneasy.

” Factions are emerging, he revealed without giving details.

For now, most governors look likely to ignore potential sources of discord for the sake of pushing through top-priority and to avoid antagonising the president, the deputy governor says. ” That does not extend to the highly vexed issue of direct primaries, as most of them wants the indirect system.’

President Buhari is still resting, will be back top office soon: Lai Mohammadu