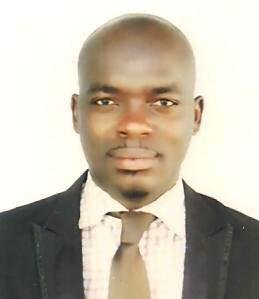 There is this latest of ‘cries’ in town; that President Buhari be made to submit his Seniour Secondary School Leaving Certificate to the Independent National Electoral Commission (INEC) for him to be able to qualify as a presidential candidate of the APC, otherwise he stands disqualified.

These ‘cries’ is the longest of all cries in the history of Nigeria and Presidential candidacy. It is over 12 years old.

I’d watched with amazement and much sense of disbelief how much many of the national stakeholders makes a mountain out of the molehill on this certificate issue. All I could sense is, Buhari must be stopped at all cost, notwithstanding what matters as law and justice of the matter.

Even when the law is turned upside down in favour of the view that President Buhari must be stopped at all cost, all credits goes to the National scavengers who are professionally theatrical of their being continuously hypocritical about the whole.

The law may be inadequate, but it is clear on what and what is needed for any aspirants to aspire to be Nigerian President. The inadequacies of our law cannot be robbed on what the seeming-want adequacy of the system, by unjustly attacking an individual to produce what the law had not required of him.

By provisions of section 131 of the constitution of the Federal Republic of Nigeria, (1999), as amended, President Buhari is not required to submit a certificate to be able to contest an election as Nigeria President.

For ease of reference, I hereunder reproduce the said section as follows:

(a) He is a citizen of Nigeria by birth;
(b) He has attained the age of forty years;
(c) He is a member of a political party and is sponsored by that political party; and

(d) he has been educated up to at least School Certificate level or its equivalent.

The above provisions of law is clear and unambiguous. In the face the provision and its unambiguity, the following questions must be asked;

The answers to the above questions are not far-fetched. To me, all the questions sound more rhetorical than usual because the answers are so obvious and self evidencing that it demands no answer.

The only issue that seems unclear is what definition to be given to ‘School Certificate or its equivalent’ as contained in the provision of section 131(d). But the puzzle on same which could have been a subject of interpretation before a court of competent jurisdiction is already resolved by section 318(1) of same constitution. The interpretation section of the constitution defines “School Certificate or its equivalent” to mean:

(a) A Secondary School Certificate or its equivalent, or Grade II Teacher's Certificate, the City and Guilds Certificate; or

(b) Education up to Secondary School Certificate level; or

(c) Primary Six School Leaving Certificate or its equivalent and –

(i) service in the public or private sector in the Federation in any capacity acceptable to the Independent National Electoral Commission for a minimum of ten years, and

(ii) attendance at courses and training in such institutions as may be acceptable to the Independent National Electoral Commission for periods totaling up to a minimum of one year, and

(iii) the ability to read, write, understand and communicate in the English language to the satisfaction of the Independent National Electoral Commission, and

(d) Any other qualification acceptable by the Independent National Electoral Commission

By the provisions of law above, could it be said that the law requires a certificate for a candidate to contest as president of Nigeria? The facts speak for itself in answer to the questions.

“The liberal approach to the interpretation of our Constitution counselled in Nafiu Rabiu v. The State (1981) 2 NCLR 293, (1988) 12 NSCC 281, does not encourage reading the provisions to neutralise the public policy principle protected by the provision. It has never been allowable and the sacred obligation of the Courts is not to construe any of the provisions of the Constitution to defeat the obvious ends the Constitution was designed to serve…”

Without going too legal, with the above credentials of President Buhari, do we need any soothsayer or facts-finder to tell us he fulfilled the entire constitutional requirement to contest as the President of Nigeria? Is it so difficult to observe that this Five star General of the Nigeria Army has his rank equivalent to that of Professor in the Academics?

In my humble view, Buhari and Osinbajo are two different professors in their respective fields of profession who are currently leading Nigeria. President Buhari and Vice President Osinbajo are well read and experienced than any Nigerian President and vice president since the advent of the fourth Republic in 1999.

I make bold to say that President Buhari had been selfless all his life. All his accusers had grown up only nurturing their ambitions, feelings and wetting their appetites; some with women, some with wine, some with weed, some with accumulation of properties and wealth. They have never sacrificed for this country than towards selfish ends.

Let us close our eyes, pretend and assume that President Buhari is not good in business as Atiku claims and that all Atiku’s wealth were consequent upon to his hardwork and not stolen funds as being widely alleged. Let’s pretend not to be aware of what ex-president Olusegun Obasanjo wrote about him as his vice at page 32 of his book, ‘My Watch’ which has stood unchallenged till date; Could Atiku Business had prospered if Nigeria is torn apart by war, hostilities or distress? Could his so called achievement have been possible without peace?

Any man who cannot respect your chosen career should please ‘japa’, as life is a matter of choice. You should be more respected if your chosen profession has more to do with service, selflessness, honour, saving lives, sacrifice and towards for common good of all. That is General Buhari’s Profession. May God bless the Nigeria Army.

Methinks, How could someone who holds a National Diploma since 50 years ago without anything else or more be said to be well read and educated than a professor of war in practicals and academics?

Buhari towers above his majour opponent by experience; being a Military head of state and now president of our dear country which Atiku had never. This outside President Buhari's other experiences and virtues as honesty, selflessness, dedication, contentment, maturity and gracefulness among others; not possessed by his opponents.

President Buhari had being serving in the public sector of Nigeria decades before many Nigerian youths were born. He had served as public officer in the Nigeria Army for decades, which is a constitutional qualification on its own. He had held several public offices for decades, which is another qualification on its own. He has more than enough trainings among others tp satisfy his constitutional requirements.

INEC under the constitution is given wide range of powers and discretion to determine whatsoever by section 131. If INEC requires Buhari’s proof of residence and demands his NEPA bills as proof, it is much stronger to be complied with than a certificate that is never mentioned.

By my judgment and common sense-supposed opinion, aside the integrity issue which President Buhari is unflawed and unparalleled, checking and judging from various records of the duo, I make bold to say that President Buhari had read far and wide, He is more read and experienced by all standards than Atiku Abubarkar. He has more than enough certificates, more than enough certificate equivalents, experiences and credentials demanded for as criteria by the constitution of Nigeria to contest and hold the Nigeria President's office.

My name is Richarmond O. Natha-Alade, I just want to make an uncommon sense!

Richarmond O. Natha-Alade is a legal Practitioner and Principal Partner at

10 thoughts on “SSCE Certificate: Why the law Would Recognize President Buhari as far Educated than Atiku”