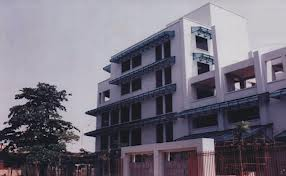 Stanbic IBTC Bank Plc’s bid to reverse the N2.5 billion judgment delivered against it at the Supreme Court has collapsed.

The five-man panel of Justices of the Supreme Court, Musa Dattijo Muhammad, John Inyang Okoro, Amiru Sanusi, Paul Adamu Galinje and Uwani Musa Abba Aji, all agreed that the bank’s application to set aside the judgment of the court lacked merit.

The court therefore awarded a cost of N500, 000 against the bank.

Mr. O. Ayanlaja, SAN, and Mr. Tayo Oyetibo, SAN, the bank’s lawyers, had approached the apex court, urging it to set aside the judgement of the court in respect of appeal filed before the court by Stanbic IBTC Bank PLC against Longterm Global Capital Ltd. and Mr. Patrick Akinkuotu, which was dismissed, to be set aside on the basis that it could be set down for rehearing on its merits.

The five-man panel of the Supreme Court judges unanimously agreed that although there were instances where the apex Court could reverse itself, it was not in the instance case.

In the lead judgment delivered by Justice Uwani Musa Abba Ali in dismissing the application, he said: “I cannot but fully agree with the submission of the learned counsel to the respondents that this application is frivolous, baseless, scandalous and contemptuous to be dismissed.

“There is a synergy of concurrence in reasoning and decisions from the trial court upward that this case was decided on its merits and smacks of any oversight or miscarriage of justice, thus cannot be reviewed and therefore does not fall within the genre and the circumstances of judgments to be set aside.

“There is no point saying that none of the conditions that would justify the setting aside by this court of its judgment earlier delivered on March 15, 2019. The finality of this court’s decision cannot and should never be compromised. The moment this court sets undeserved or unwarranted precedent by indiscriminately setting aside its own decision in the absence of special and compelling reason to do so, will certainly amount to setting dangerous precedent which will surely open flood gate for parties to undeservedly file similar applications and will thereby continue to bring no end to litigation. This application should outrightly be refused and dismissed unhesitatingly.”

The Business of Buying and Selling ITunes Gift Cards and Other Gift Cards.