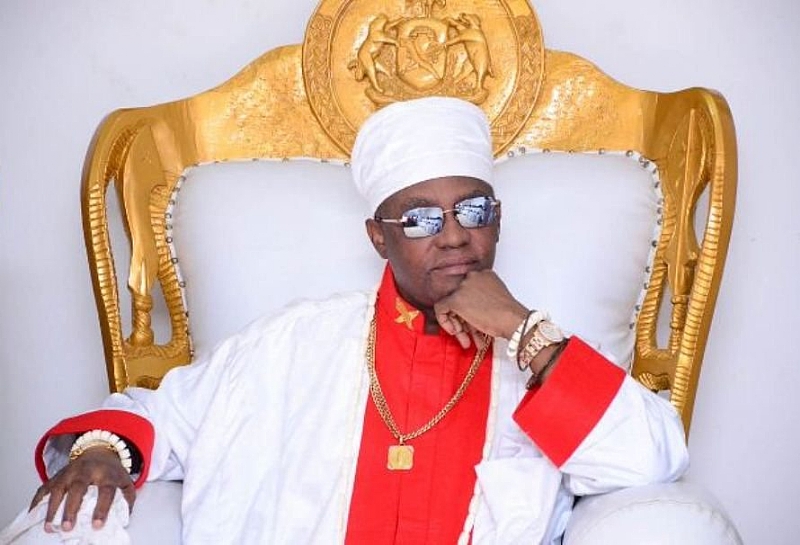 Unless the relevant authorities takes swift action, the crisis brewing between the Ijaw nation and the ancient Beni kingdom over Gelegelegbene land may degenerate into a full blown war.

In a press release signed and made available to The Nigerian Voice, Wednesday by the Ijaw Youth Council (IYC), President, Barr Pereotubo Oweilaemi, said the Ijaw nation would no longer fold its hands and watch their people and fatherland rubbished.

According to him, the Ijaw nation wish to pass a note of warning to the Bini ethnic nationality over the continued encroachment of Gelegelegbene lands by the Oba of Benin and his subjects. The silent war of aggression against the Ijaws in Edo State particularly the people of Gelegelegbene is getting to an alarming rate. We cannot fold our arms anymore.

Hear him: “The Bini Monarch is calling the shot. His unprovoked trespassing on the Gelegelegbene lands on a daily basis is a declaration of fratricidal war against the Ijaw nation and we will no longer fold our arms. No Ijaw land anywhere in Nigeria including Edo State will be ceded to any self-professed aggressor. We are equal to the task and we will defend our father’s lands with all vigour.

“We are not unaware that the Oba of Benin in connivance with the Edo State Government has hired some compromised security agents to aid them in perpetuating their evil agenda. Not quite a long time ago soldiers from the 4th Brigade, Benin in Edo State and 19 Battalion, Koko in Delta State were drafted to Gelegelegbene for the purpose of emasculating the people so that the Oba can carry out his evil plan.

“Having failed to succeed in using the military to perfect his plans due to the public outcries by the Ijaw people and many other civil society organisations, the war-mongering Bini Monarch has again solicited the assistance of the Nigeria Police from Zone 5, Benin in Edo State to aid his heinous crime against the Gelegelegbene people in the State under the gleeful eyes of the Government.

“We are warning the security agencies to be neutral in this matter. They should not by act or omission stoke ethnic crisis in Edo State. We will not have any problem with them if they go there to maintain law and order. Being used by the Monarch to harass and intimidate Ijaw people for the Oba to illegally build his palace in Gelegelegbene land is what the Ijaw nation stands to condemn.

“As for the Edo State Government, since it has become a policy that the Ijaws in State do not deserve to be protected by the former, we will do well to stand with our kith and kin in their ancestral lands. The Ijaws in Edo State even pre-existed the Bini ethnic nationality. The Ijaw nation will rise in defence of our lands in the State by every means necessary since the Government therein has chosen to exterminate our existence in Edo State through the Bini King”.

IYC called on concerned authorities to Wade into the crisis before it turns bloody, “We are calling on the Federal Government, National Assembly and the Governors of the South South Geo-political Zone to prevail on the Edo State Government and the Oba of Benin to stop their aggressive action against the Ijaw nation. The actions of the Bini King is a ticking time bomb which may explode at anytime. A fully blown ethnic crisis is inevitable. To be forewarned is to be forearmed”.

Confirming the situation, a Bini son who pleaded anonymity said the situation is causing sleeplessness, adding that it may become war if not checked.

Lagos Police Warns Against Protests On Land Use Charge