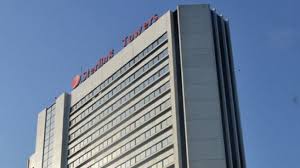 Moody’s Investors Service has announced the downward review of the outlook of Sterling Bank Plc to negative from stable following the negative outlook on Nigeria’s government issuer rating.

In a statement issued this month, the rating agency said the lowering of Nigeria’s rating affects the bank’s credit profile as well as resulting in a lower ability to support the b3 BCA, which it said reflects Sterling Bank’s vulnerabilities in asset quality because of high single-name and sector concentration risks.

According to Moody’s, the lender has a large exposure to government debt securities and loans at 275 percent of its tangible common equity as of June 2019, noting that the company will likely be more exposed to negative pressure on its revenue generation capacity and its asset risk than its top-tier local peers due to its relatively small size and client base.

It was further stated that the b3 BCA shows bank’s modest capital levels, especially in light of high asset risks and high foreign-currency loans, stressing that these challenges are balanced against its deposit-based funding profile and stable local-currency liquidity, stating that the “local currency deposit rating is B2 while the local currency national scale rating is A2.ng.”

Also, commenting on other banks, Moody’s said Union Bank of Nigeria, FCMB and Fidelity Bank will likely be more exposed to negative pressure on their revenue generation capacity and asset quality than their top-tier local peers due to its relatively small size and client base.

For Union Bank, it said the b3 BCA reflects its high asset risks and low coverage of NPLs by provisions, which increases the risk of capital erosion in case of loan losses.

It further said this shows weak efficiency and moderate profitability; and still-tight, although improving, foreign-currency funding position, saying these challenges are moderated by the company’s stable deposit-based funding profile, particularly in local currency.

On the part of FCMB, it was stated that the b3 BCA reflects its elevated credit risks stemming from high single-name and sector concentrations; and relatively modest profitability levels compared with those of its top-tier local peers, noting that these challenges are balanced against its robust levels of tangible common equity compared with that of its global peers, stable deposit-based funding structure, and robust local-currency liquidity buffers.

For Fidelity Bank, the rating firm said the b3 BCA shows the lender’s relatively tight funding conditions, as reflected by its high, although improving, loan-to-customer deposit ratio; and high proportion of foreign-currency loans.

It said these challenges are mitigated by the lender’s relatively high provision coverage of NPLs; and solid capital buffers with a tangible common equity-to-risk-weighted asset that is comparable to global peers, although the bank’s capital buffer against the regulatory requirement is small.

Also, it said Zenith Bank’s BCA of b2 reflects its resilient earnings generating capacity and robust capital buffers, which together provide a buffer to withstand asset-quality deterioration; high liquidity buffers and a predominantly deposit-funded balance sheet; and robust franchise, which allows it to attract inexpensive deposits, relative to other Nigerian banks, adding that “These strengths are moderated by the bank’s high proportion of more confidence-sensitive corporate deposits versus retail deposit.”

For UBA, it stated that the b2 BCA shows moderate asset risk profile, supported by its relatively more diversified loan book than that of its local peers; resilient profitability, which supports its capital buffers; and predominantly deposit-funded balance sheet, which is supported by a solid pan-African franchise, and strong local-currency liquidity buffers.

“These strengths are counterbalanced by UBA’s rising, although still moderate, dependence on confidence-sensitive funding,” the statement from Moody’s said.

Commenting on the b3 BCA of First Bank, the rating agency said it reflects the lender’s still-high stock of NPLs, although reducing, and moderate capital buffers, emphasising that these challenges are moderated by the bank’s resilient pre-provision profitability and stable funding profile, which is supported by a large stock of liquid assets.

Investment Offers Yet To Be Received – Diamond Bank Management