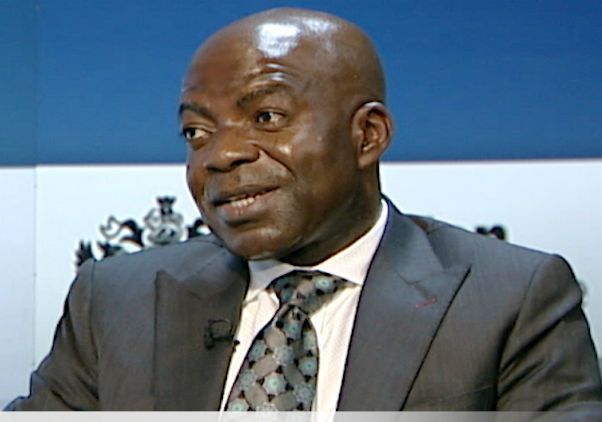 “The true hypocrite is the one who ceases to perceive his deception, the one who lies with sincerity” -André Gide

In his recent piece titled “The Politics of Blood(y) Tonic”, Alex Otti, the failed gubernatorial candidate of the All Progressives Grand Alliance, APGA, at the 2015 governorship election in Abia State, embarked on a warped journey of self-adulation and a deafening ululation, delivered with the exuberance and delinquency of a political straggler desperate to help himself like Shakespeare’s Macbeth to achieve an ambition for which he has shown little capacity, temperament and virtues to actualize.

Since he lost the 2015 election, Alex Otti has been relentless in his campaign of calumny, painting every other person as a sinner deserving of immediate and eternal punishment except him. Although he appears with the mien of a harmless and innocent sheep and the gait of a graceful cheetah, Otti’s true characters usually show when he is on his unholy mission of self-canonisation at the expense of others.

This makes him appear so honest and so sincere but the reality is that one does not need to come too close to him to see that he reeks of deceit burnished in sophistry and laced with flattery. Perennial and consecutive defeats at the 2015 gubernatorial election, the Federal High Court, through the Appeal Court to the Supreme Court, seem to have caused him to master the art of hypnotizing the fickle-minded and sending his vulnerable followers to a state of delirium and revelry each time he dishes out his mendacious sermons as he did in his article in question. This confirms what Dr T.P. Chia said about such people: “Hypocritical humility is the highest form of lying. Honest arrogance is the lowest form of self-promotion”. Going by his antecedents and recent actions, it would seem as if Chia had Alex Otti in mind when he made that indisputable statement about characters like the former banker turned politician.

Let’s take a cursory journey into Otti’s article and see where he cleverly hid his hypocrisy while painting others bad.

First, in the opening paragraphs, Otti claimed he went to see an unnamed “wealthy political stakeholder” who had invited him shortly after he declared his intention to run for governor in Abia State, and that “As is customary, I brought some drinks and kola nuts along. I had struggled with this practice as what I was used to was that when visiting someone, the host would be the one to offer drinks and kola. But my friends insisted that in the “business” of politics, it was the guest that provided these things”.

The question here is, how could Otti have known and admitted to what is customary, yet, would pretend he has been struggling with the practice? Outside politics, it is common practice not only in Nigeria but also elsewhere, that, for different purposes, people take gifts along while on a visit to some of their hosts. May Otti tell us if he took gifts including drinks and kola nuts to his in-laws when he was seeking the hand of his wife in marriage or not? It is not only self-serving but also hypocritical to give the impression that while others do it, he was only ‘forced’ to do same.

Let us even assume without conceding that this age-long practice in our African culture which is meant to symbolise the high esteem the visitor and bearer of the gifts holds his host is strange to Otti, why did he succumb to it if he was a man of principle like he tried to paint in the essay? If he could reject the practice of “Blood Tonic Politics” which he claimed his host tried to impose on him, why did he not show the same character in turning down the advice to go see his host with gifts since he did not believe in it? The truth is that, that story looks like a native soup Otti cooked and served without remembering to add salt and went about town claiming to have served a delicious dish only for his guests to quickly remind him not to jubilate too far and too long for his soup is tasteless despite the rich condiments in it. He even lacked the simple courage to mention the name of the so-called “wealthy political stakeholder” because he knew he was lying. As a man who is always afraid and retreats with his tail between his legs when confronted with the true position of things as against his own version, Otti was obviously afraid of a backlash of the truth hitting him hard, hence, when spewing falsehood, he avoids mentioning names to avoid being busted, yet, he keeps churning out such stories just to feather his own nest.

After having qualified stakeholders as a set of people with penchant for primitive accumulation, Otti in his usual act of double-speak still went ahead to claim that “…investments would be attracted such that qualified stakeholders would be appointed to boards of those companies”. Ordinarily, one would have thought that Otti would appoint only technocrats to such boards if he ever had the opportunity of doing so, but he still ended up saying he would appoint qualified “stakeholders”. The import of this is not lost on the discerning. What Otti was simply saying was that it would be the turn of his own set of “stakeholders” to take control of government machinery if he ever gets to power, his pretences notwithstanding.

One might not blame him after all because from the look of things, it is obvious that Alex Otti is under immense and intense pressure from his “stakeholders” to pay back all they spent on and for him in the run up to the 2015 election to the extent that he was able to hijack a party as large as APGA in Abia State and even became their governorship candidate just within about three months of defecting from the PDP where his insincerity was detected in time and denied the ticket. His hijacking APGA was done at the expense of those who had laboured so hard to build the party from scratch to the little it can be reckoned with in the state. Even political neophytes know that hijacking such a party at that level in the manner Alex Otti did required humongous resources and horse trading.

Why is Otti not telling us how much he paid his APGA “stakeholders” to the extent that they hurriedly surrendered their entire party structure to a stranger like a people hypnotised? Or does Otti think we are all as gullible as his followers? Who does not know why he is so desperate to become governor? Otti is greatly indebted and he might be thinking being governor is the easiest way for him to have access to public till and settle his “stakeholders”. It is this primitive mindset which he has that makes him think the same of every other person.

While Otti “also promised to empower our children to acquire relevant skills and knowledge that would make them confident to challenge their peers in other emerging societies like China, Turkey and India”, the sitting governor has already surpassed this dream as our children are now household names in the world. When some of our children went on skills acquisition and improvement tour of China recently, they easily displaced Chinese workers in the factory over there because of the “relevant skills and knowledge” which the governor has already imbued in them, and the confidence resulting from his aggressive marketing of their products worldwide. What we have already achieved in Abia is what Otti is promising the people. That is a reflection of a man who lacks ideas and innovation.

If there was anything like “Blood Tonic” politics in Abia State, that has since stopped because the current governor has deployed the State resources to the massive provision of verifiable infrastructure, education, with our children coming first in WAEC for three consecutive years; health, agriculture, security, which saw Abia State win the recognition of being “The Most Peaceful State” in Nigeria, etc.

With the serial and unending endorsements also coming his way by the common people from different communities in the state, it is certain that the sitting governor has all classes of people cutting across the different strata of the society including the masses as his own “stakeholders”. If Alex Otti needs blood tonic to replenish his spent blood as a result of the trauma he suffered from his serial losses during and after the 2015 elections, he should feel very free to visit any of the general hospitals in the state either newly built or revived by the sitting governor for first class medical attention. As a citizen of Abia, he would be courteously attended to not minding the baggage of crisis of identity he still carries about.

Marketing And Communication Are Very Critical For Boosting Tourism In Africa

Ethnic jingoism and religious bigotry; the duo that will forever be an impediment to the development of this nation.

A letter to my Christian compatriots