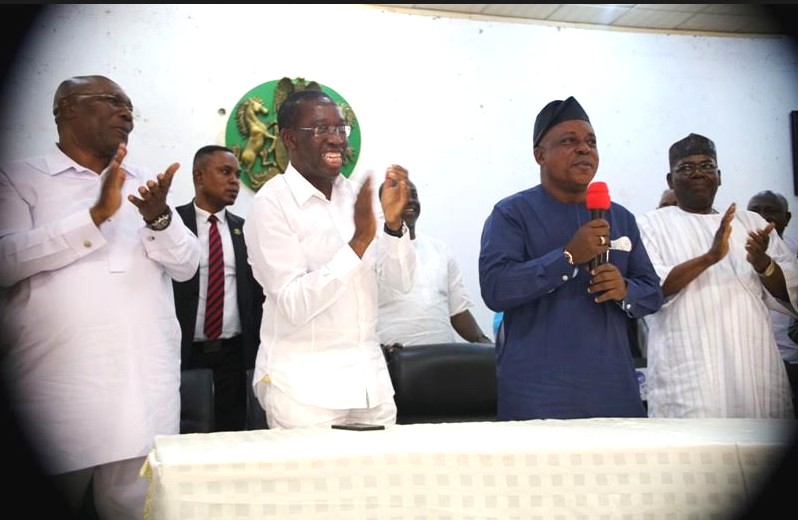 The Peoplesa�� Democratic Party (PDP) has urged President Mohamadu Buhari to take actions and stop the carnage of herdsmen killings in the country.

The call was contained in a communiquA� issued after a meeting of the National Working Committee (NWC) of the PDP and its Governora��s Forum in Asaba on Sunday night.

a�?We call on Mr President to come out clean on the herdsmen killings and address the nation on how to end the carnage; the President must take responsibility on the protection of lives and property of Nigerians which is the most important of his responsibility.a�? The party said.

National Chairman of the PDP, Prince Uche Secondus who read the communiquA� which he jointly signed with the Chairman PDP Governorsa�� Forum, Chief Ayo Fayose, shortly after the meeting which came to an end at about 1.55 am on Monday stated, a�?we believe that the federal governmenta��s decision to set up a committee to address the issues of herdsmen killings is a pretentious approach to a matter that requires firm action and leadership by the President in line with his oath of office to protect all Nigerians irrespective of creed, tribe or political affiliation.a�?

The OLD frowned at what it termed abuse of courts’ decision by the economic and financial crime commission, EFCC.

a�?We urge Mr President to henceforth, direct the Economic and Financial Crimes Commission (EFCC) to adhere to the Rule of Law by obeying Court judgements and orders such as the one involving Ekiti State government against EFCC and restrain itself from further political intimidation and harassment of known or perceived political opponents,a�? Prince Secondus said, a�?adding, a�?we commend the judiciary for their commitment to the enthronement of constitutional democracy in the face of intimidation and harassment.a�?

The party at the meeting which was attended by all the PDP Governors and hosted by Governor Ifeanyi Okowa, also, condemned the a�?massive corruption going on in the management of fuel subsidy regime which the federal government had earlier declared as non-existent while billions of naira are deducted monthly at Federation Accounts Committee (FAAC) meetings.a�?

While emphasizing that the PDP states and local governments a�?are vehemently opposed to the unilateral withdrawal of USD one Billion from the Excess Crude Account by the Federal Government under any guise,a�? they observed that a�?neither the Governorsa�� Forum nor the Federal Executive Council has the power of appropriation of Federation Accounts, as such powers reside with the National and State Assemblies.a�?

a�?The PDP has been the author of restructuring and this was further expressed in the report of the 2014 National Conference; the APC as a later day convert of restructuring is merely paying lip service to a matter of national importance, however, we mandated our members in the National Assembly to immediately commence the process of initiating a Bill to address issues bordering on restructuring,a�? the PDP National Chairman said, disclosing that members of the party were commended for their unalloyed support for the party while the party has been repositioned for the 2019 general elections by assuring all Nigerians who are aspiring for elective offices to feel free to contest on the platform of the PDP.