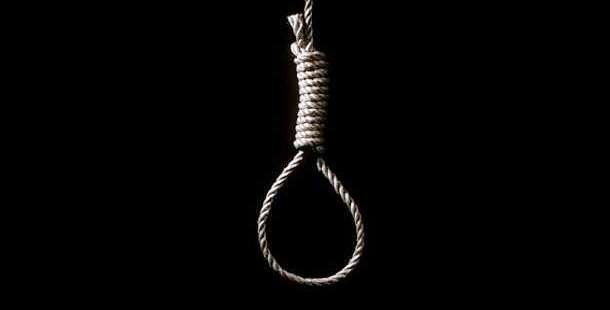 Suicidal cases as a result of depression seems to be making the news frequently, and requires a considerable level of attention, as a number of lives keep crossing the cold valley of death. Unlike poverty, that most times leave the stomach crying and begging for food, depression is a battle of the mind, where anything and everything is either light or dark. What seems to be the bigger problem now is how those who should give hope, reassure and stand as a formidable pillar have now resulted into one of the elements that have continued to see persons lose identity to begin to question their own existence. Maybe this is just the right time to call a spade what it is!

The news of one Miss Aisha Abdulganiycommitting suicide is what we woke up to this morning, devastating as it, it’s rather heartrending she didn’t get kind pats that would have gone a long way in reassuring her it all would be fine, maybe she did get, maybe they just weren’t those she needed the most, what’s to be concluded when she says sheonly gets pats of pain from her mother? Insinuating the latter only makes life a hell for her. Isn’t this tragic? We come across tweets and posts of people beginning to get confused of their own identity by asking questions of why their parents should be the reason life becomes an unbearable burden, but it just passes as ordinary tweet or post that gets likes and shares, without noticing how people proceed with clouded minds that only ensures taking their own precious life.

In a tweet after reading the sad news, I asked if it’s high time we started talking about the roles of parents in the happiness and wellbeing of their own children. Isn’t it a popular Yoruba adage that we don’t send away a child who has not done well for the tiger to feast? But it’s that in some cases, the child is not sent away but held back to even deal with more, because if that’s not the case, a young man’s endless pursuit to secure a job would not be met with harsh remarks from his parents. It’s not a general issue, you may be lucky, but there are some people out there who are the green grasses of the marital pressure of their elephant parents, and it’s so bad it gets to this people and brings them into a whole new consciousness.

The pain someone who didn’t graduate with his colleagues would go through could warrant therapies; wouldn’t it be too much to have the same person exposed to more pressure? To now think of the concerned person’s parent aiding the adversities of that time, depressing you say? This is one reality that has continued to hide under the veil of morality, where parents base judgments of all sort on their experiences, without considering the happenings of this time, worst still, not entertaining explanations when necessary. There are a number of elements working in support of depression in our society today, but if the roles some parents play in helping their children get confused, which leads to questions of why am I here can be looked into, it would mean a step ahead.

They Can Speak With One Voice

Find Yourself First, Before You Find A Job

Buhari And The Rise Of Insecurity

10 thoughts on “Suicidal Missions Aided By Some Parents”