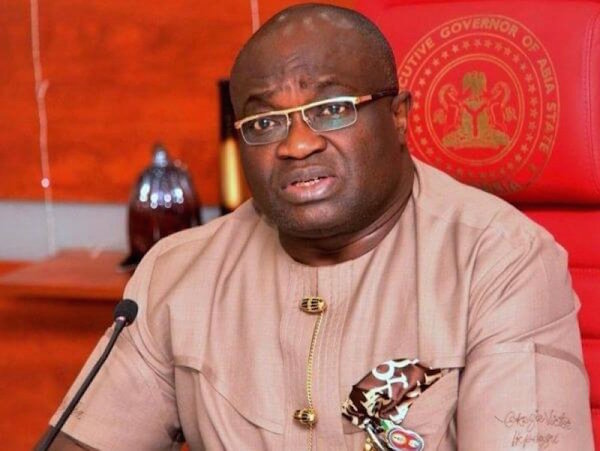 The Supreme Court on Friday affirmed the election of Okezie Ikpeazu of the Peoples Democratic Party (PDP) as governor of Abia.

Delivering the judgment, Justice Ejembi Eko held that the apex court had no reason to set aside the Aug.18 decision of the Court of Appeal that upheld Ikpeazu’s victory.

Two out of the three-man panel of the court had struck out the appeal instituted by Mr Uche Ogah.

Ogah, also a PDP member had challenged Ikpeazu’s nomination as candidate of the party to contest the 2015 governorship election on account of alleged tax fraud.

“The court having studied the merit of the appeal came to the conclusion that the respondent (Ikpeazu) had done no wrong.

“The allegation of tax fraud levelled against Ikpeazu and the trial court judgment that accompanied it were misrepresentations of facts,’’ he said.

He said: “ As a staff of the Abia State Government at a point, Ikpeazu’s taxes were deducted from source and what that means was that he had no power to change anything.’’

Eko said that Justice Okon Abang of the Federal High Court erred in judgment when he (Abang) indicted the governor to have committed tax fraud.

He also held that whatever errors found in the Tax Clearance Certificate issued to the governor was entirely the fault of the Abia State Tax Office.

“The appeal is hereby dismissed for lack of merit’’, Eko held.

Justice Abang of the lower court had on June 27, 2016 removed the governor from office after the court found him guilty of tax offences.

The trial court’s decision was on Aug. 18, 2016 set aside by the Court of Appeal, leaving Ogah with no option than to approach the apex court.

Dr Alex Izinyon (SAN), counsel to the appellant (Ogah) had urged the court to reinstate his client as the only authentic governorship candidate of the PDP in that election.

He argued that Ikpeazu had been found to be unfit for the position by the trial court having been found guilty of falsifying tax documents.

Izinyon submitted that Ogah’s prayer was apt as he emerged runner-up to Ikpeazu in the party primaries.

The apex court’s decision also rendered the interest of the candidate of the All Progressive Grand Alliance (APGA) in the governorship election, Chief Alex Oti in the matter useless.

The court had on Jan.27 granted leave to Oti to be joined as an interested party.

Justice Walter Onnoghen, Chief Justice of Nigeria (CJN), who was among the panel, had urged politicians to stop adopting divisive means to clinch power.

The CJN expressed dissatisfaction on failed attempts by some agents to subvert the court’s security measure in order to access the judgment before the date of its delivery.

“That is not the right thing to do. This must be investigated further. I am therefore urging politicians to leave the judiciary alone.

“I am aware you own the executive and the legislative arms, but the judiciary must be left alone. Nobody has control over it.

“ We must allow the laws to be our compass as a nation.

Addressing newsmen after the session, Chief Kanu Agabi (SAN), counsel to the governor said the apex court displayed mastery of the law.

“We thank God Almighty for this decision. It is indeed a victory for democracy,” he said.

Mr Bonnie Iwuoha, Abia Commissioner for Information and Strategy expressed delight on the conclusion of the long drawn legal battle.

He said the victory was all Abia indigenes, adding that there was “no victor or vanquish’’ in the tussle.

Iwuoha noted that in any competition, there must be victors and losers, and urged all the litigants to join the governor and move the state in order to move the state forward.

Iwuoha said that though the litigation was detraction, the governor never allowed it to truncate his vision and mission.

He said that throughout the period of the litigation, the government never stopped the execution of development projects.

“Now that the legal tussle has come to an end, the administration is open for all to join it in order to reposition the state for greatness,’’ Iwuoha stressed.

He stressed that the governor was determined to correct the errors and mistakes of the past. NAN

Presidency has been briefed on New Boko Haram video on Sharibu: Garuba Shehu