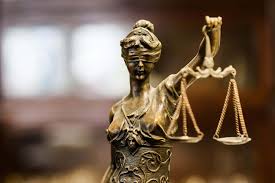 The Supreme Court has dismissed the application for judicial review filed by the All Progressive Congress (APC) in Zamfara State.

In a lead judgment delivered by Justice Inyang Okoro, the Supreme court held that the application is a vexatious, frivolous and gross abuse of court process.

The Supreme court awarded the cost of N2m to be paid by the applicant to the 1st to 140th respondents.

Furthermore, Justice Okoro, who delivered the judgement, held that the apex court lacks the jurisdiction to entertain an application seeking a review of its own judgment as the finality of the judgment of the supreme court is sealed and cannot be reviewed under any guise.

On the other hand, Justice Centus Nweze, however, disagrees with the other members of the panel as he reads a dissenting judgment upholding the application of the APC.

Obasanjo denies being neutral, says he wants Buhari out