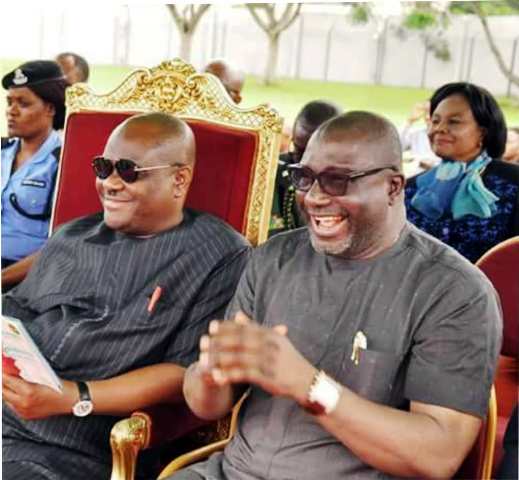 The Rivers State Chairman of the Peoples Democratic Party (PDP), Bro. Felix Obuah has again expressed gratitude to the Almighty God following the Supreme Court’s affirmation of the ruling of the Rivers State Governorship Election Petition Tribunal on the victory of Governor Nyesom Ezenwo Wike over the Candidate of the African Action Congress (AAC), Mr. Biokpomabo Awara in the March 9, 2019 Governorship Election in the State.

Bro. Obuah in a statement by his Special Adviser on Media and Publicity, Jerry Needam, said the judgment by the eminent jurists has again put paid to any inference against the victory of Governor Wike in the March 9, 2019 Governorship Election in Rivers State.

The State PDP Chairman reemphasized that power belongs to God and He alone gives it to whom he chooses, stressing that this Supreme Court victory by Governor Wike has collapsed all the gang-up against the Governor to the shame of his enemies.

“As a believer of God’s word, this victory against the AAC Governorship Candidate reechoes his word that ‘Once has He spoken and twice have I heard that power belong to God’”, Bro. Obuah said, adding that God, in this instance has spoken loudly and clearly that Governor Wike is his choice for Rivers people.

The State PDP boss while further showering praises on the judiciary for once more rising above sentiments to save the nation’s nascent democracy, described the judgment delivered by the highest court in the land as heartwarming, inspiring and divine, stressing that God has in his infinite mercy, rendered the counsel of the wicked foolish.

The State PDP Chairman who believes Governor Wike is an all-round winner, further described him as a man on divine mission, urging his traducers to be humbled as according to him, whosoever God has blessed, no man can curse.

While further applauding the Supreme Court over the judgment, the State PDP boss called on Rivers people to appreciate God for giving them a Governor in the mould of Wike.