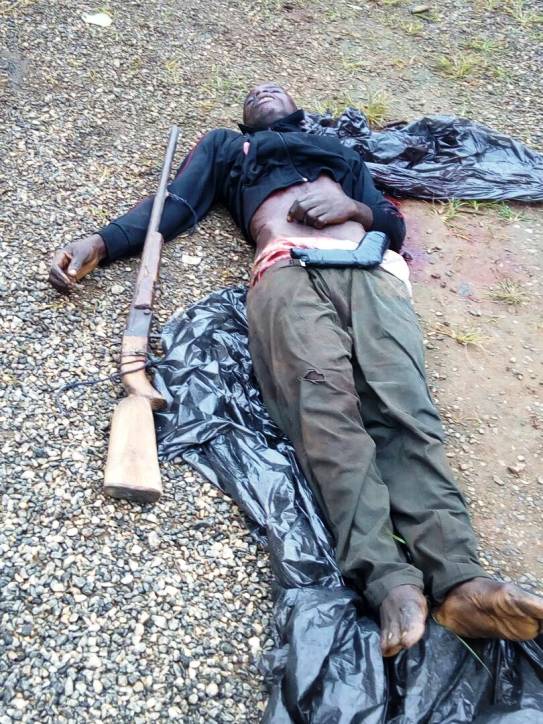 A suspected armed robber has been shot dead during a gun battle between his gang and men of the Ogun State Police Command.

He was killed on Wednesday 22nd August 2018 during a robbery attack along shagamu/Benin express road.

The Police Public Relations Officer for the command, Abimbola Oyeyemi told The Nigerian Voice that the suspect was a member of the armed robbery gang that blocked the express road to rob a luxury bus belonging to Young shall Grow motors.

According to him, “While the operation was going on, a distress call was made to the police at Ogbere divisional headquarters consequence upon which the DPO SP John Okon led his anti robbery men to the scene where they engaged the bandits in gun duel which lasted for about 30 minutes.”

The PPRO explained that at the end of the encounter, the suspect was shot dead while others escaped into the bush.

He said a locally made long barrel gun and a toy pistol as well as charms were recovered from the deceased.

The Commissioner of Police in the state, CP Ahmed Iliyasu expressed satisfaction over the performance of his men and ordered a serious manhunt for the rest members of the gang.

He assured the residents of the state that their security is guaranteed and warned criminals to stay away from Ogun state.