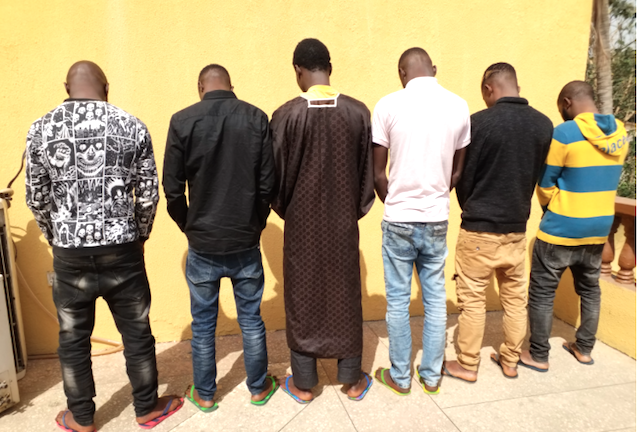 The Economic and Financial Crimes Commission, EFCC, has arrested six internet fraud suspects that includes 22-year-old Sadiku Muniru Dolapo who has been on the Commission’s wanted list.

The Acting Head, Media and Publicity for EFCC, Tony Orilade told The Nigerian Voice that the suspects were picked up by the Ilorin Zonal Office of the Commission and that they would soon be charged to Court.

The Suspects upon interrogation by the operatives of the Commission confessed to their involvements in cyber crimes.

Items recovered from them include, three expensive automobiles, laptop computers and mobile phones.