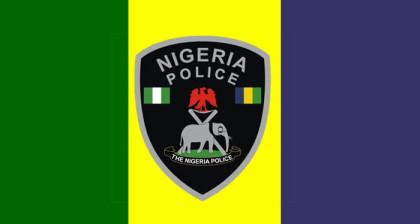 The Delta state police command has disclosed that it has apprehended the alleged killer of Miss Favour Ogheneyenrowho, the 18-year-old girl murdered in Abraka, Ethiope east local government council of the state.

The Police Public Relations Officer (PPRO), DSP Onome Onovwakpoyeya, in a press release Saturday, said: “On the 18th of June 2019, a sack bag containing a lifeless body of a teenage girl of about 18yrs old was found in a heap of dust bin in Abraka.

According to the command’s image maker, on inspection of the corpse by the Police, marks of violence were obvious on the deceased neck which implied she could have been killed by unknown person or persons.

“Subsequently, in the course of Police investigation, the deceased male friend one Henry Ikechukwu, aged 32yrs old who was last seen with the deceased on 17th of June, 2019 and had being on the run since the incident, was tracked down and arrested on 28th of June, 2019.

“On interrogation, he confessed to have invited the deceased for an outing on 17thof June, 2019, from where he lured her and handed her over to a prominent chief in the same Abraka community, who gave him the assignment to get the deceased for him.

“The said chief has also been arrested and the two suspects are presently in Police custody pending investigation”.

She assured that both suspects would soon appear in court immediately investigation was completed.

In another development, the police has also disclosed that a 58-year-old and 52-year-old men were arrested in Eku and Ovwian Aladja for defiling minors.

“The two suspects were arrested and presently in Police custody. They will soon be charged to court at the completion of investigation, most likely on Monday 01/07/201”.

The Commissioner of Police, Mr. Adeyinka Adeleke advised parents to keep close watch on their under-aged female children to avoid them falling victim.

9 thoughts on “Suspected Ritualists, Rapists In Police Dragnet In Delta”