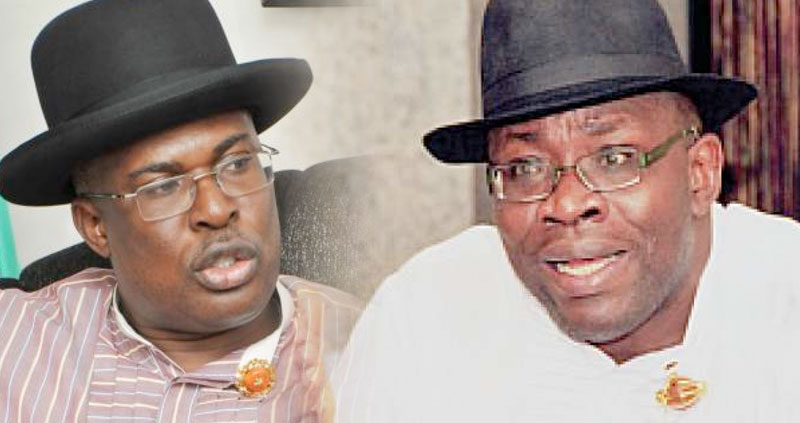 Credible information available to former governor and leader of the All Progressives Congress (APC) in Bayelsa State, Chief Timipre Sylva, indicates that the incumbent Governor Henry Seriake Dickson is hatching plots to place Sylva on a collision course with key state actors at the national level. Sylva learns that Dickson’s precise method of doing this is to sponsor, with state resources, journalists in the mainstream media and content providers on the social media to write damning stories against some key figures of the presidency. Abba Kyari, the Chief of Staff to the President, is named as a particular target in this fake news campaign. The mercenaries responsible for this structured campaign of fake news would then leave artificial traces linking the stories to Sylva.

What is most surprising here is not the fact that Dickson can cook up a plot as treacherous as this, because when it comes to demonic desperation and sheer cynicism, he has lost the element of surprise. But it is the fact that despite being at the twilight of his failed governorship, Dickson still deludes himself with the notion that clutching on to attempts to discredit Sylva can either divert public attention from his years of misrule or burnish up his damaged integrity.

The Dickson government has been built on layers of empty propaganda that he has sustained with robotic consistency. His habitually high-sounding claims and promises have not produced tangible results to uplift the people he has impoverished for close to eight years.

Having pursued efforts to discredit Sylva as his best public policy since assuming office in February 2012, to no avail, Dickson has now settled for a dangerous fake news campaign, the be-all and end-all of hazardous publicity stunts, to try to cover his mess in power and give himself a soft-landing. But, as usual, he has failed from the start.

Unknown to Dickson, what the people of Bayelsa State need are imaginative economic strategies and tangible deliverables, not glib publicity stunts.

At the national level, Sylva unmistakably and unequivocally emphasises that the government of President Muhammadu Buhari is one he, along with other patriots, helped install in 2015. He is all too enthusiastic to repeat this gesture come this February. Sylva is not in the business of unhelpful, petty rivalries in this same government, as the darkest side of Dickson's generally dark imagination is dreaming to manufacture.

It is incomprehensible that a man who refused to pay salaries even after the Buhari government’s consistency in allocations, a man who deliberately subjected Bayelsans to undue, undeserved difficulty through this Yuletide, would spend hundreds of millions of naira on terribly scripted propaganda, petty mudslinging, and building castles in the air.

The public should discountenance the shenanigans of Dickson and his lowly government. While he is exhausting state treasury sparring with the shadow of Sylva, the state has degraded infrastructurally and economically, and violence, both spontaneous and state-inspired, is at the highest ever levels

It is obvious that Dickson's edginess is based on the knowledge that the APC in the state, led by Sylva, has grown in leaps and bounds and is set to upstage the faltering PDP at the coming polls.

The world is programmed to attain balance by giving evil only a brief time to thrive. The salvation of Bayelsa and the end of Dickson’s pretentious government is in sight.

This is also to warn Dickson to steer clear of the path of propaganda, out-right lies, and blackmails against Sylva which, sadly, has become his obsession. If he had spent even a quarter of these energies on the task of governance before him the state would have been a lot better for it.

Arrest Order On Kanu Will Cause Chaos In South-East, Says Ohaneze Ndigbo

11 thoughts on “Sylva Warns Dickson Over Fake News Against Presidency”